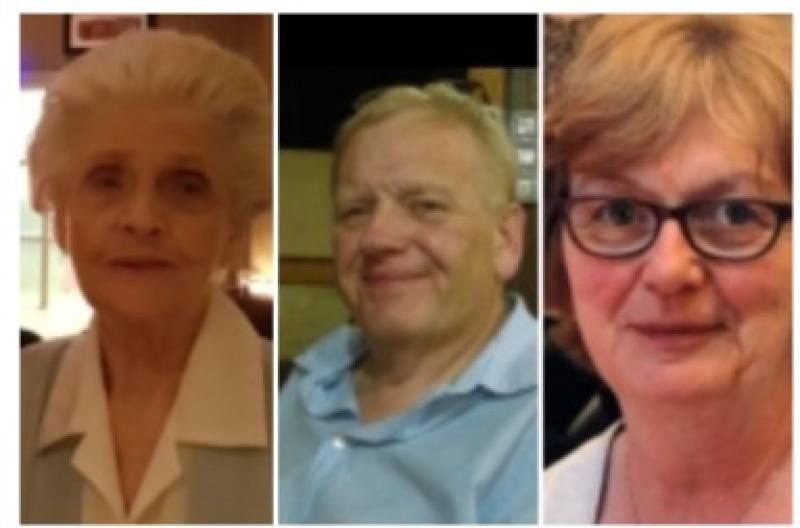 Peacefully, surrounded by her loving family in the loving care of the staff of Le Chéile Ward, St. Vincent's Hospital, Athy.

Reposing at her residence from 2pm on Monday the 24th January with Rosary at 8pm.

Removal at 10.30am on Tuesday morning to arrive at St. Michael's Parish Church, Athy for Requiem Mass at 11am. The Mass will be livestreamed, see www.parishofathy.ie

Those who would like to attend the funeral but cannot due to the current pandemic may leave a message in the condolence section below.

Surrounded by her devoted family. Beloved wife of Tommy and mother of Anita, Jacqui, Jason and Patrick. Sadly missed by her sons and daughters in law, brothers and sisters, nieces and nephews. Much loved Nanny of Jack, JJ, Dylan, Richie, Tommy, Thomas, Maisie, Daniel, Fionn and Aidan. Predeceased by her parents Jack and Maisie and brother Martin.

May Anne rest in Peace.

Reposing at her son Patrick's family home (WAI N9DF) on Monday from 6.00pm with Rosary at 8pm on Tuesday evening. Removal by Leigh's funeral directors on Wednesday morning at 11.30am to Ss Mary & Laurence Church, Crookstown, for 12 noon requiem Mass. Burial afterwards in the adjoining cemetery. Mass will be live streamed https://www.narraghmoreandmoone.ie/

May Bill's Soul Rest in Peace.

May Bernadette Rest in Peace

A private funeral Mass will take place for family and close relatives. Removal from Glennon's Funeral Home, 32 Main Street, Newbridge, Co. Kildare on Tuesday morning to arrive at The Church of the Sacred Heart and St. Brigid, Kilcullen, for requiem Mass at 11am. Burial afterwards in St. Brigid's Cemetery, Kilcullen.

The death has occurred of Lorcan Hassett
Loughbollard, Clane, Kildare

Reposing at William Ryan and Sons Funeral Home, Church St., Kilcock on Monday from 5pm, followed by removal at 6.45pm to arrive at St. Coca's Church, Kilcock at 7pm. Funeral Mass on Tuesday at 10am, followed by burial in Palmerstown Cemetery.

The Funeral Mass can be viewed on Tuesday morning at 10am by clicking on the following link: https://www.kilcockandnewtownparish.ie/webcam/

Please adhere to HSE and Government guidelines at all times.

Those who are unable to attend the funeral, please leave a personal message for the family in the condolences section below.