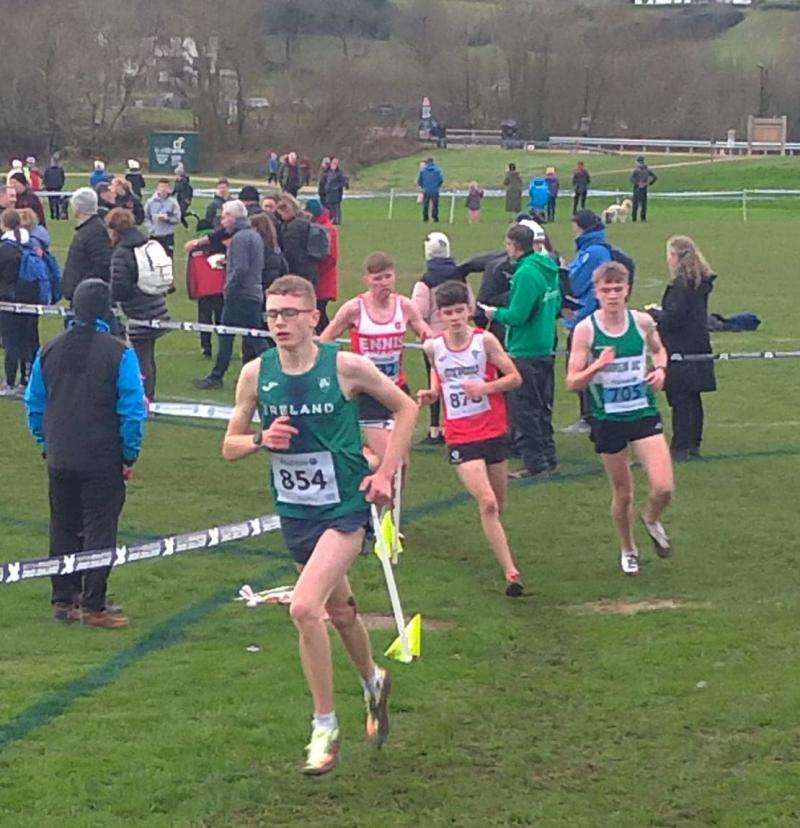 Max Treacy of Kildare Athletic Club made his debut in an Irish vest as he earned a top 20 finish at the World Athletics International Cross-Country event in Belfast. Treacy completed the 6km course in a time of 21:02 in the competitive u17 field. It was a showing to be proud of on his first appearance for Ireland, and no doubt it will not be long before we see him donning green once again.

Elsewhere in athletics, The NIA Live meet took place on January 19 at the National Indoor Arena. Newbridge AC master’s athlete Pat Malone ran an excellent time in the 1500m event of 4:37 and leaves him in good form ahead of the National Masters Indoor Championships to be held on January 30th.

Le Cheile AC athletes, Conall Hayes and Caoimhe Cronin also backed up their recent strong performances with Hayes running the 800m in 1:52.14 and Cronin coming through her 400m heat in 56.32. The Leixlip club also had Vicky Taylor competing in the 400m event. Soufi Kaudur and Paula Reilly turned out for Celbridge AC in the 60m sprint while Dylan King of Suncroft AC ran in the 400m.

Round 2 of the National Indoor League took place on Sunday 23rd January at the Athlone International Arena. Conall Hayes of Le Cheile AC produced another fine effort in the 800m with a time of 1:51.51, this earned him 5th place in a high-quality field with Roland Surlis taking the win in 1:49.04.

Eoin Richards of St. Coca’s AC put in a solid performance in the 1500m event running 4.10 while the Celbridge AC sprinters were out in force with Sarah Millea, Ria Kelly, Hannah Aspell, Eoin O’Sullivan, Soufi Kaudur and Shane McLaughlin competing in the 200m and 60m dash. Northwest Kildare AC had Sadie Cullinan in action in the 400m and Billy Corrigan in the 200m and 60m sprints. Dean Ryan of Newbridge AC ran 1:59.69 in the 800m and Greg Kenny of Le Cheile AC ran his heat of the 800m in 2:08.98. Our National Senior High Jump Champion, Ciaran Connolly of Le Cheile AC cleared 2.05m on the day.

There are two more upcoming indoor events, the National Masters Championships will commence on January 30 in Athlone and the AIA Games will be held on February 12th at the National Indoor Arena.