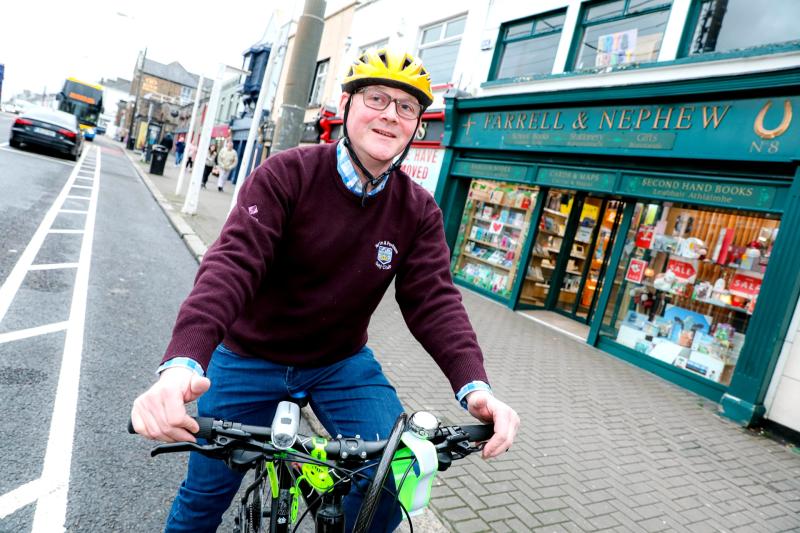 Kildare County Council has been strongly urged to remove temporary new cycle lanes from a section of the Main Street of Newbridge.

The owners of long-established businesses including Bradbury’s Café and Farrell & Nephew Bookstore have claimed the infrastructure is not suitable for the thoroughfare of the town. 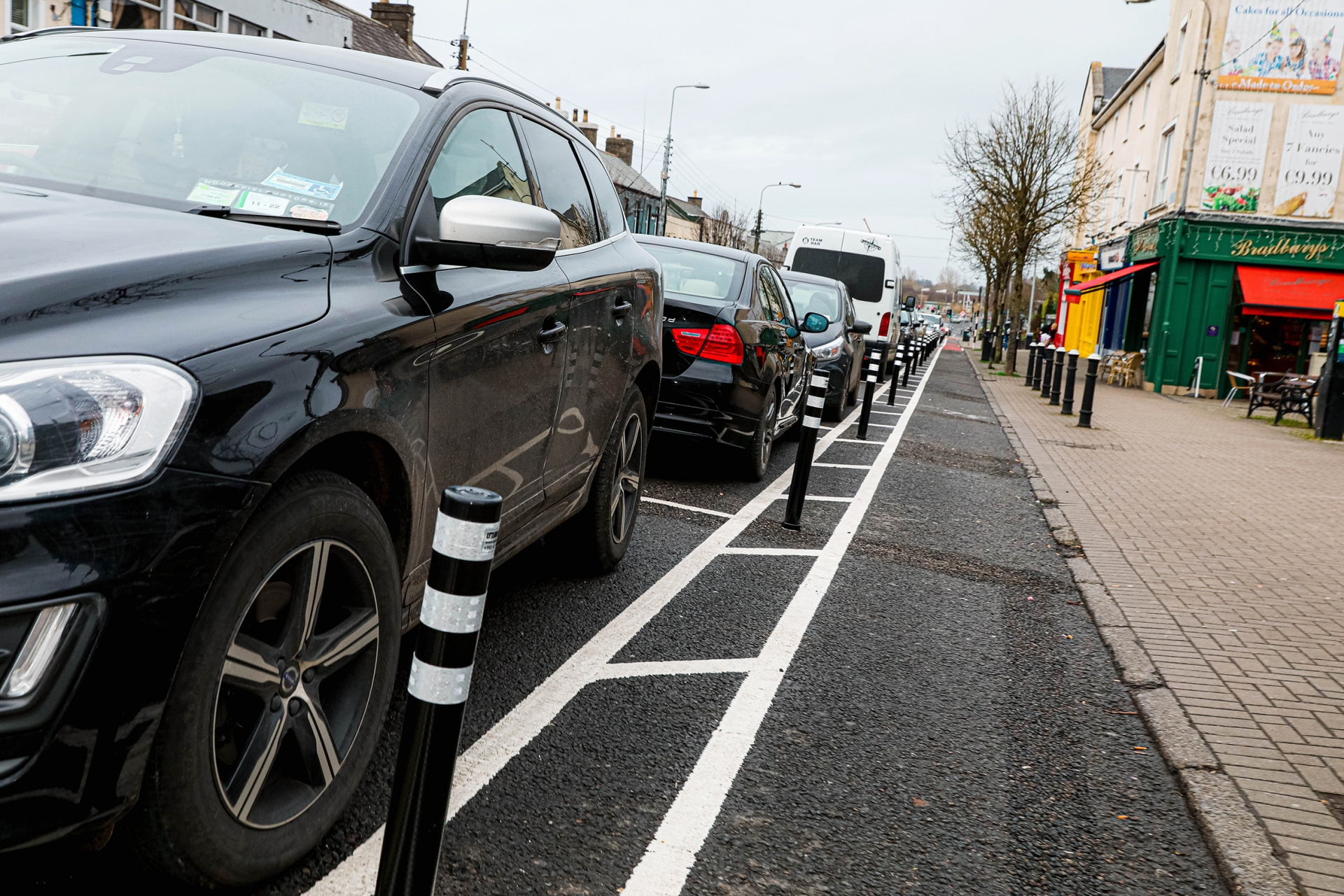 As part of the new layout of a section of the Main Street, parking spaces have been moved away from the footpath in order to accommodate the cycle lanes on both sides.

Local critics of the scheme claimed the central traffic lanes are too narrow and that people in parked cars have difficulty opening doors.

The council had successfully applied for funding for the ‘buffered cycle lanes’ from the National Transport Authority; and had initiated a public consultation process in October — but only a small number of submissions were received.

The Council said this week that public feedback is still welcome on the project at this link.

When asked about the cost of the infrastructure, a Council spokesperson said: "This project, providing temporary cycle infrastructure in Newbridge is still ongoing. The full cost of the project, will be born out once the overall project is complete."

In relation to how long the cycle lanes will be in place, the Council added: "The infrastructure has been installed on a temporary basis and will continue to be monitored and a timeline decided upon."

John and Tom Bradbury of Bradbury’s Cafe, Bakery and Deli on Main Street claimed this week that the cycle lanes are unsafe to to other traffic.

They said in a joint statement: “We weren’t aware of any public consultation concerning this issue, and as far as we know, no businesses on the Main Street were consulted either.

“One of the main advantages of Newbridge Main Street was that it was quite wide; the new design now is ridiculous, dangerous, and impractical.”

While noting that they had no issue with cycle lanes per se, they said: “this a waste of tax-payer’s money: it’s just not conducive”, adding that while not traffic experts, they could imagine the lanes were not exactly safe for cyclists, either.

“We (businesses on the Main Street) have enough to worry about with Covid and reopening our doors after so long, it is the last thing we need right now.”

The Bradburys said that as commercial rate payers, they expect the council to fix the problem immediately and return the road to its original layout.

Dermot Finnegan, (above) manager at Farrell & Nephew bookstore, who cycles to work every day, said the cycle lanes have narrowed the road significantly, by allowing for cars to be parked too far away from the footpath.

He added: “When trying to leave the GAA carpark, you’re nearly in the middle of the road before you can see if anything is coming.

“The same can be said for pedestrians trying to cross, and although there are traffic lights at both ends of the street, many people attempt to cross in the middle and are almost in the centre of the road before seeing the oncoming traffic.

“Right outside our shop door there is a loading bay with a bus stop almost directly opposite, and if there is a truck in the loading bay and a bus pulls in opposite the road, it becomes almost impassable.

“Emergency vehicles are struggling to get through even with the use of sirens.”

Mr Finnegan said he “fails to see the sense in what they have done on the Main Street; the existing footpath is surely wide enough to allow for a section to be given over to cyclists rather than taking so much road space.”

Independent Cllr Fiona McLoughlin Healy said the negative feedback towards the cycle lanes poses questions about the effectiveness of the public consultation process.

She also called on the National Transport Authority (NTA) to meet with local councillors to discuss why a Traffic Management Plan has not been developed for Newbridge.

She said: “There are so many unanswered questions about why and how flip-flopping on such an urgent issue can and has happened.”

Minister of State Martin Heydon, Fine Gael, suggested that obvious practical problems should have been foreseen.

He added: “We all want to see more room for cyclists and cycle lanes in Newbridge, however such a change to our streets does require much more consultation to ensure all aspects are considered and that there is local buy-in from the public.”

Fianna Fáil Senator Fiona O’Loughlin suggested giving the proposed system a period to ‘bed down’ and for the council to carry out a consultative review at that point.

She added: “Valid points have been made in relation to opening of car doors onto cycle lanes.
“The principle is good, but the methodology needs to be revised."

The Newbridge Community Development group said an over-arching transport plan is vital for Newbridge town as a whole.
A spokesperson added: “...our town may miss out on significant funding to transform our town centre due to a lack of a transport and public realm plan for the town.”

The Council said that the development of a new Transport Plan for Newbridge will be commencing in the near future, following the recent completion of the Kildare Transport Plan.

The Council said it welcomes any feedback on the buffered cycle lanes from the public, which can be submitted through a contact portal at the following link - https://kildaremembers.powerappsportals.com/en-US/report-it-frm/ or alternatively, contact the Customer Service team on 045 980200.