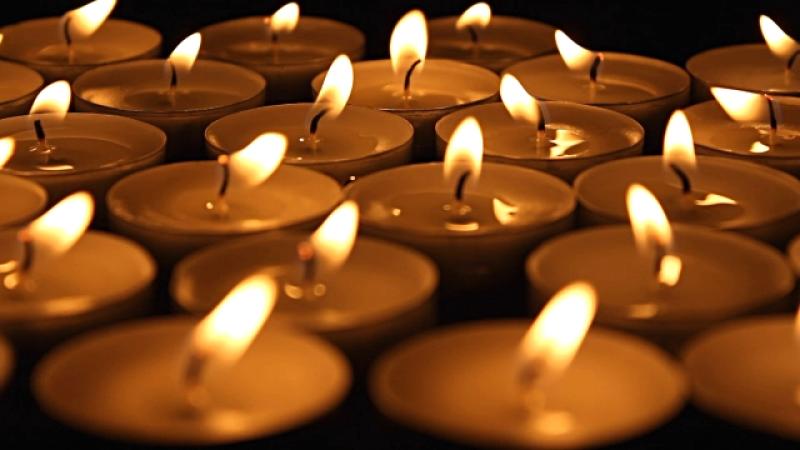 Reposing at her parent's residence (Coolaleena, Glasson, N37 YY30) on Wednesday evening from 4pm until 8pm. Requiem Mass on Thursday in the Church of the Immaculate Conception, Tubberclaire at 11am followed by burial afterwards in the adjoining Cemetery. Lucy's family are very mindful of the risk of spreading Covid-19, and those attending the funeral are respectfully requested to observe social distancing, wear a face covering at all times and avoid shaking hands and hugging.

If you would like to leave a personal message of sympathy, please use the condolences section at RIP.ie. The family would like to thank you for your support at this difficult time.

February 24. The death has occurred of the late, Kathleen Lawlor (24th February 2022) peacefully at Tullamore Hospital, surrounded by her loving family, sadly missed by her loving children, Jason, Elaine, Shannon, Sauna and Ememer, grandchildren. Nieces and nephews, extended family and a large circle of friends. Funeral will take place on Thursday (3rd) at Saint Peter and Paul's Church Portlaoise for 11am Mass. Followed to Portlaoise Cemetery for burial. A book of condolence is open at RIP.ie.

February 28.  Peacefully at Portlaoise Hospital. Sadly missed by his children Fergal, Shane and Eimear, grandchildren Jack and Nevaeh, sisters Kathleen, Helen, Anna, brother Paddy, brothers-in-law, sister-in-law, nephews and nieces, especially his niece Joanna, extended family, relatives and friends. Reposing at Anderson & Leahy’s Funeral Home on Wednesday from 4pm with prayers at 7pm. Removal on Thursday at 10.30am to arrive at St. Conleth’s Parish Church for 11am Mass. Mass will be live streamed on www.newbridgeparish.ie/webcam. Funeral afterwards to Newlands Cross Crematorium which will be live streamed on https://www.mcnmedia.tv/camera/newslands-cross-cemetery-crematorium.

February 28. In the loving care of the staff at Curragh Lawn Nursing Home. Deeply regretted by her loving brother Patrick, sisters in law Eilish and Margaret, nieces, nephews, grandnieces, grandnephews, relatives and friends. Reposing at her niece Susan Kearney's residence Stickens, Caragh, Eircode W91 E0KP from 4pm until conclusion of prayers at 8pm on Tuesday, 1st March. Removal from there on Wednesday, 2nd March, to the Church of the Sacred Heart and St Brigid's, Kilcullen arriving for 11am requiem mass. Funeral afterwards to Hacketstown Cemetery, Co. Carlow arriving 1.15pm approx. Those who would have liked to the attend funeral but cannot may leave a message in the condolence book at RIP.ie. Family flowers only please. Betty's funeral mass will be live-streamed on www.mcnmedia.tv

February 28. Late of Irishtown, Dublin 4. Unexpectedly in the loving care of the doctors, nurses and staff at Craddockstown House, Nursing Home, Naas; loving husband of Carmel, devoted dad to Peter, Siobhán, Gillian and Liam, father in law of Martina, Stephen and Stephen, and doting grandad to Niamh, Conor, Chloe, Orla, Megan, Hannah, Calum, Sarah, Zach and Rebecca. Liam will be sadly missed by his sisters Janine and Joan, brothers-in-law, sisters-in-law, extended family, neighbours and friends. Reposing at his home on Tuesday from 6.00p.m. until 8.00p.m. A Celebration of Liam's Life will take place on Wednesday, 2nd March, at 1.40p.m. at Newlands Cross Crematorium. The service on Wednesday at 1.40p.m. can be viewed on the following link:https://www.mcnmedia.tv/camera/newslands-cross-cemetery-crematorium. Donations, if desired to: Dementia Ireland. https://alzheimer.ie/get-involved/become-a-friend-support-asi/donate/

February 25. Peacefully in the loving, kind and amazing care of the wonderful staff at TLC Centre, Maynooth, surrounded by his loving family. Predeceased by his son Martin. Beloved husband of the late Margaret (Laurie) and loving dad to Michael and Margaret. Michael will be so dearly missed by his loving family, sisters Sheila, Rita and Lavina, brothers Bernard, Philip and Paul, sisters-in-law, brothers-in-law, daughters-in-law Bernadette and Helen, his much loved and cherished grandchildren Sarah and Jay, Sarah’s husband Eliot, extended family, friends and neighbours. Reposing at Fanagans Funeral Home, Tallaght, on Monday (28th February) from 4pm to 6pm and on Tuesday (1st March) from 3pm to 5pm. Removal to St Mary’s Priory, Tallaght Village on Wednesday (2nd March) arriving for 11am Funeral Mass followed by burial in Bohernabreena Cemetery. Funeral Mass can be viewed via the following link https://www.churchservices.tv/tallaght. Messages of sympathy may be placed in the condolence section below. All enquiries to Fanagans Funeral Directors, Tallaght Village – 01 451 6701.

February 24. Beloved husband and soulmate of Sheila, much loved and devoted father and best friend of Larry, Laura, Dan and Richard. Larry will be sadly missed by his heartbroken wife, sons, daughter, granddaughter Evie, son in law, daughters in law, sisters, brothers, nieces, nephews, his wide circle of friends and the animals in his loving care. Reposing at his residence from 2pm Tuesday 1st March (R14 DP89), Removal by Leigh's Funeral Directors on Wednesday morning at 10.30am to arrive at St Mary's and St Laurence's Church, Crookstown, for 11am Requiem Mass. Burial afterwards in the adjoining cemetery. Mass will be live streamed https://www.narraghmoreandmoone.ie/crookstown-webcam/ If you would like to leave a message please do so in the condolence section at RIP.ie.