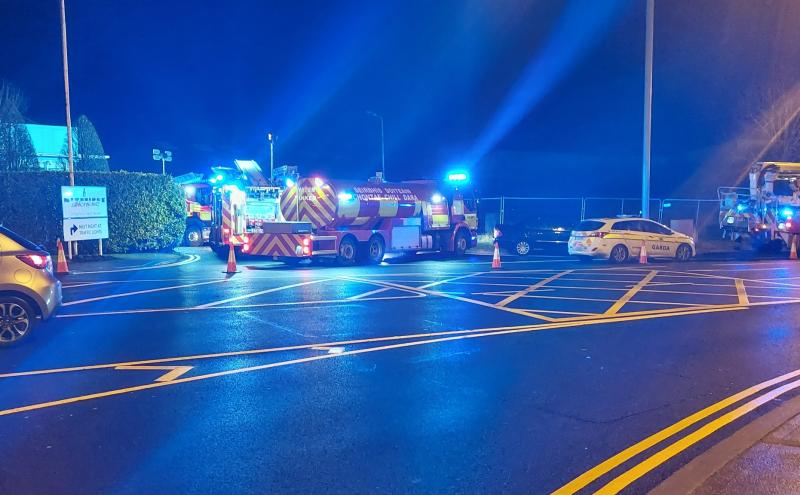 Newbridge Silverware has released an update regarding a fire that broke out on its premises last Friday.

Three fire brigade units, and a garda car were on site on March 11 at around 9pm, along with a Kildare Fire Service van.

A member of the Fire Service at the scene told the Leinster Leader at the time that the situation is believed to have arisen from an electrical fault, and that no major damage or injuries were reported.

Commenting on the incident, Newbridge Silverware said on its official Facebook page: "Due to a small fire, our restaurant is temporarily closed.

"Our Showrooms and Museum of Style Icons remain open and we look forward to welcoming you!"

The business added that its restaurant will reopen on Wednesday.

A large volume of comments showing support have been left on the social media post: among them was Kildare Fianna Fáil Senator Fiona O' Loughlin, who said: "So sorry to hear - but great that no one was hurt, and that the restaurant will reopen on Wednesday."

The Newbridge Silverware facility at Military Road is home to the long-established silverware works, along with a sales showroom, café and the renowned Museum of Style Icons, which houses a collection of Hollywood memorabilia.

It is one of County Kildare's top tourist attractions, as well as a large employer in the area.