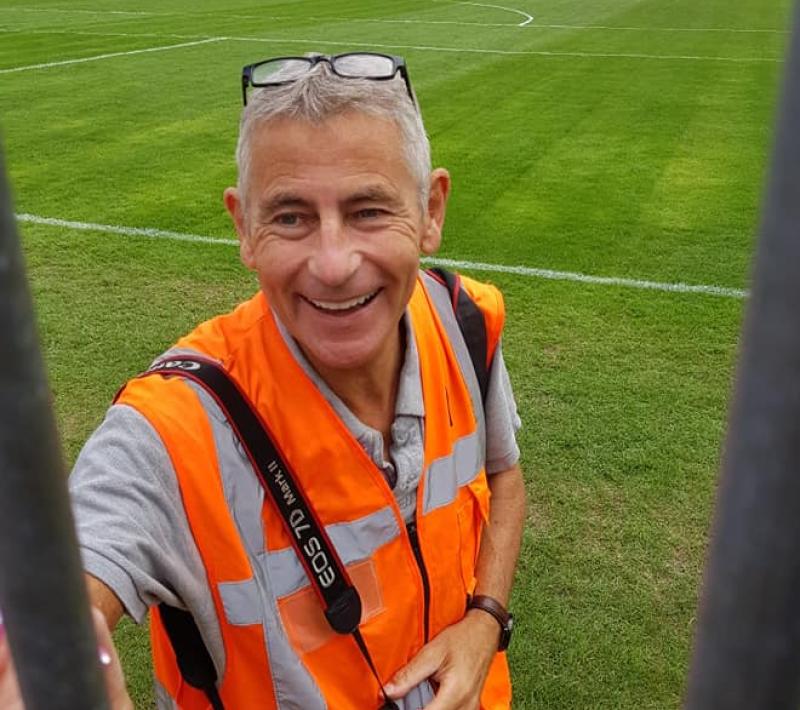 The death has been announced of well-known Newbridge photographer Pat Tinsley.

Pat passed away after his very courageous battle with the amyloidosis condition for the past four years.

He had been in Beech Park Nursing Home near Kildare town in recent days.

The popular photographer had fought for the life-changing drug Patisiran to be available for patients in Ireland and the HSE finally approved it last July.

A native of Páirc Mhúire, Pat lived in Newbridge all his life but was well known all over County Kildare and Ireland in his role as a talented photographer.

He was a regular at community and charity events through his work for local newspapers such as The Kildare Post and the Leinster Leader.

He also followed Kildare GAA teams around the county and further afield and was a regular at venues such as St Conleth's Park and Croke Park.

He also liked a day out at the races while snapping faces in the crowd.

Pat was a familiar sight on the streets of Newbridge and always went out of his way to provide family photographs for people at no extra charge.

His work with events such as the Rose of Tralee brought him into contact with celebrities such as singer Christy Moore, Dana and the late Gay Byrne.

He was known for his easy charm, his infectious smile and good humour, and his obliging manner.

He will be sadly missed by many, many people he came in contact with throughout his life.

He is deeply regretted by his loving brothers Frank and Brian, sisters-in-law Frances, Patricia and Bridget, nieces and nephews, extended family, relatives and a large circle of friends.

His remains will be reposing at Anderson & Leahy's Funeral Home, Newbridge on Sunday from 4pm with prayers at 7pm.

Removal will take place on Monday morning at 10.30am to arrive at St Conleth's Church, Newbridge for 11am Mass.