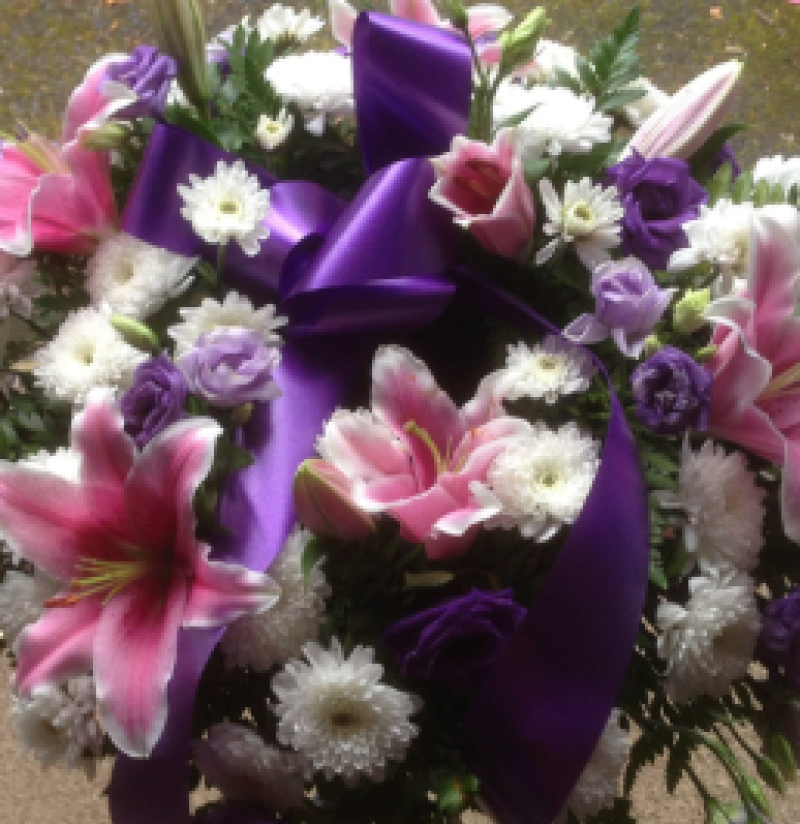 Sandra, was a much loved wife, mother, sister, aunt and friend and she will be greatly missed by all who knew her, especially her husband Peter, daughter Orlaith, brother Padraig, sister-in-law Marion, nieces Anna & Grace, aunts, uncles, relatives and her many friends.

May Sandra Rest In Peace.

26th April, 2022. Peacefully, surrounded by his family in the loving care of the doctors, nurses and staff at The Spinal Unit, The Mater Hospital; beloved husband of the late Teresa and son of the late Mikie and Phil. Mick will be sadly missed by his loving daughter Niamh, sons Michael and Brian, partner Bridget, son-in-law Kevin, daughter-in-law Diane, grandchildren Ciarán, Sorcha, Sean and Mikie, sisters Eileen and Anne, brothers Patrick, Jimmy, David, Sean and Stephen, brothers-in-law, sisters-in-law, nephews, nieces, extended family, neighbours and a wide circle of friends.

May Mick Rest In Peace.

Reposing at McGuill's Funeral Home, Bennekerry on Wednesday from 2.30p.m. concluding with Prayers at 7.30p.m. Removal on Thursday morning to St. Mary's Church, Bennekerry arriving for Funeral Mass at 11.00a.m. followed by burial in adjoining cemetery.

The family would like to thank most sincerely the doctors, nurses and staff at The Spinal Unit, The Mater Hospital for their wonderful care of Mick.

Reposing at Reilly's Funeral Home, Leinster St., Maynooth on Wednesday from 4pm to 8pm, with prayers at 7pm. Removal from his residence on Thursday morning at 10.45am to arrive at St. Mary's Church, Maynooth for 11.30am funeral mass, followed by cremation in the Garden Chapel, Mount Jerome Crematorium. Family flowers only please. Donations, if desired, to The Mater Foundation via the following link :https://www.materfoundation. ie/donate/. The Funeral mass can be viewed on Thursday morning at 11.30am by clicking on the following link : https://maynoothparish.org/ webcam-2/. The committal service can be viewed at 1.30pm by clicking on the following link : https://www.mountjerome.ie/ garden-chapel-service/.

The death has occurred of Anthony (Tony) RYAN
The Gallops, Naas, Kildare

Formerly of Dernasling, Nenagh, Co. Tipperary, founder of Ryan Wallcoverings. Passed peacefully at home surrounded by his family. He will be sadly missed by his devoted wife Betty, his five children Jacinta, Patricia, Joan, Sinead and John, his daughter-in-law, sons-in-law, his thirteen grandchildren Laura, Conor, Jill, Sarah, Stephen, Robert, Josh, Sam, Sophie, Isabel, Ava, Charlie and Con and his four surviving siblings Pat, Maureen, Ena and Noreen. Predeceased by brothers and sisters Sean, Peggy, Joan, Gerard and Paul. Tony is a huge loss to his family, his friends and all who knew him.

"May Tony Rest In Peace."

Reposing at his home on Wednesday evening from 6pm until 8pm. Removal on Thursday morning arriving at The Church of Our Lady and Saint David, Sallins Road, Naas for 10am Funeral Mass. Burial to follow in St. Corban’s Cemetery, Naas. House private, family flowers only, donations, if desired, to Irish Cancer Society at https://donate.cancer.ie/. Tony’s funeral mass can be viewed live at 10am on the Naas parish webcam at www.naasparish.ie.

e viewed on the following link:

May Margaret Rest in Peace

Reposing at her residence (Eircode R56FH59) with removal from there on Thursday 28th to The Church of The Sacred Heart and St Brigid, Kilcullen, arriving for 11am funeral Mass, followed by burial in Shanganagh Cemetery, Dublin. Funeral Mass may be viewed on www.mcnmedia.tv