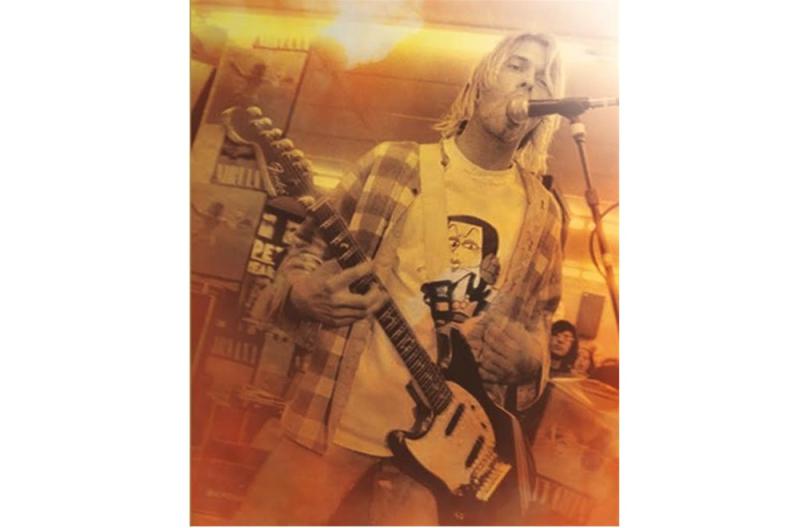 Kurt Cobain and the guitar

A guitar belonging to Nirvana frontman Kurt Cobain will be on display at the Museum of Style Icons at Newbridge Silverware, Newbridge from this Thursday until Saturday.

The left-handed guitar was used by the Nirvana frontman in the band’s seminal and cultural defining 1991 music video, ‘Smells Like Teen Spirit’.

Cobain and the music of Nirvana are regarded as being the fire starter to the alternative rock revolution and generations later is still igniting the alternative rock world. Cobain’s painting of Michael Jackson and his own ‘Nevermind Australian Tour 1992’ laminated personal back stage pass will also be on display.

Speaking ahead of the exhibition, Martin Nolan of Julien’s Auctions said, “Kurt Cobain was a hugely influential figure not just in music, but in popular culture too. Kurt Cobain’s acoustic guitar sold for a record breaking US$ 6 million in 2020 and that guitar currently holds the record for the most expensive guitar ever sold. This electric Fender Mustang guitar from ‘Smells Like Teen Spirit’ was Kurt’s favourite guitar and is much more iconic and an extremely important piece. It was also used in the ‘Smells Like Teen Spirit’ music video and also while recording the albums ‘Nevermind’ and ‘In Utero’.  This guitar has been on display at the MoPop Museum in Seattle since 2010. In my opinion this guitar could beat the current world record for a guitar sold at auction and could sell for in excess of US $10 million

The guitar and other Kurt Cobain and Nirvana items will go for auction by Julien’s Auctions in a celebrity studded auction at the Hard Rock Café in New York from the 20th – 22nd of May 2022.