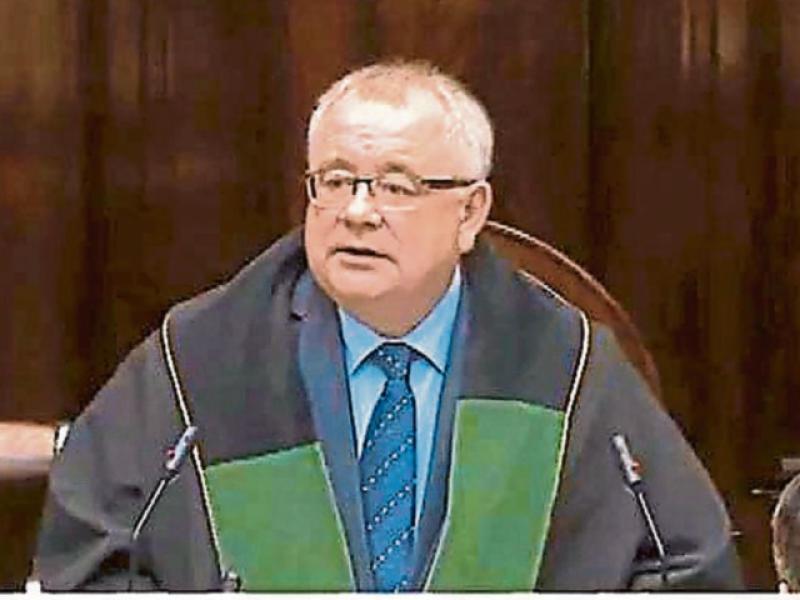 Sean O'Fearhail in the Dail

The Ceann Comhairle, who travels to war-torn Ukraine next week, has called on Russian people to stand up to autocratic leader Vladimir Putin.
Kildare South TD Seán Ó Fearghaíl will address the Ukrainian parliament, the Rada during a visit to Kyiv with Cathaoirleach of the Seanad, Senator Mark Daly.

The TD said the visit is an opportunity for Ireland to demonstrate its support for the Ukrainian people, its government and its parliament which is continuing to function despite very difficult circumstances.
He said: “I will be using the visit to represent the Dáil and to pay tribute to the enormous bravery of the people of Ukraine.
“I will also be acknowledging the warm welcome being extended to displaced citizens coming to Ireland.

Mr Ó Fearghaíl and Mr Daly will join other foreign parliamentarians and an international organisation on the visit to Kyiv.

When Ukrainian leader Volodymyr Zelensky made a historic speech via video link to the Oireachtas on April 6, Mr  Ó Fearghaíl said in his own remarks that the war in Ukraine was “barbaric and horrendous”.
Addressing Mr Zelensky, the Ceann Comhairle said: “While Ireland is a militarily neutral country, we are not politically neutral. We do not stand idly by."