Legacy: Jamie was never without a smile and his family want to share that happiness with others 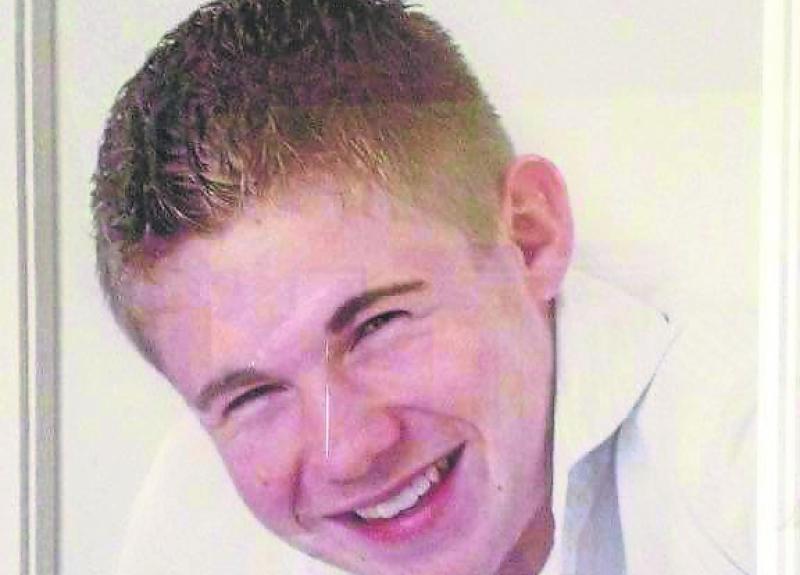 The family of a Newbridge teenager, who died in a tragic car accident 15 years ago, are once again hosting a golf tournament in his memory after a two year Covid hiatus.

So far, over 30 teams have registered for The Jamie ‘Smiley’ Donohoe Golf Classic, which takes place on June 4 at Newbridge Golf Club.

“Known as Smiley to all who knew him because of his happy demeanour and never without a smile, Jamie was generous and charitable donating €50 of his communion money to St Brigid’s Hospice on the Curragh, something he did on his own without any suggestions for family or friends,” said his family.

“On Jamie’s first anniversary we ran a one-off event to remember Jamie with the proceeds going to St Brigid’s Hospice. The event was a great success and with the encouragement of participants involved and the great support it gave us, Myself, Maria, Ciara and Hayley we decided to try and make it an annual event.”

Thanks to the support and generosity of the public the event grew in strength with over €40,000 being raised for various charities to date in Jamie’s name, including St Brigid’s Hospice, Make A Wish Foundation, Newbridge Oblate Lourdes Group, Injured Jockeys Association, The Dining Room Newbridge, Jumping Jellybeans Milltown, Kildare Down Syndrome Association, and Laura Lynn Children’s Hospice. Funds were also provided for a defibrillator for the Patrician Secondary, where was a student at the time of his passing.

Held at Newbridge Golf Club, the event has become a fixture in the annual calendar with many of the players, tee sponsors and prize sponsors remaining involved from the first outing in 2008.

“For Jamie’s 10th anniversary, the Stafford family, owners of Newbridge Golf Club, kindly dedicated the newly constructed bridge leading to the eighth green to Jamie and it is now known as Smiley’s Bridge to many,” added the family.

“Planning was well under way for the 13th outing in 2020 when the Covid-19 pandemic hit the world and while we could still have run the classic with the government restrictions at that time, as a family we took what was for us the very difficult decision to cancel the event.”

They said they are delighted to be able to say that planning is well under way for the return of the event this year.

“Judging by the support we are receiving we thoroughly expect this year better than ever,” said Jamie’s dad, Paul.

The event is well known for the quality of prizes with all prizes fully sponsored and this year promises be no exception with team prizes for the first four teams including a four ball with lunch for the K-Club, Bunclody Golf and Fishing club, individual prizes for nearest the pin, longest drive, the much-acclaimed best dressed for both ladies and men and much more.

“As a family we are grateful that, through this event, Jamie’s memory lives on with much needed funds going to deserving charities.

“This year all money raised will go to HOPE (D),” said the Donohoes.

HOPE(D) is a non-profit charity that is directly involved with supporting people in County Kildare who may be experiencing any of lifes’ crisis.

Initially setup in 2003 to provide support to those bereaved by suicide, its focus now is to intervene early in a clients’ mental health journey, before a current crisis becomes more advanced. It is a non profit organisation, and does not currently receive any government funding. It said it exists solely on the generosity of people within the community. If you would like to enter a team call Paul on 086 0472543.