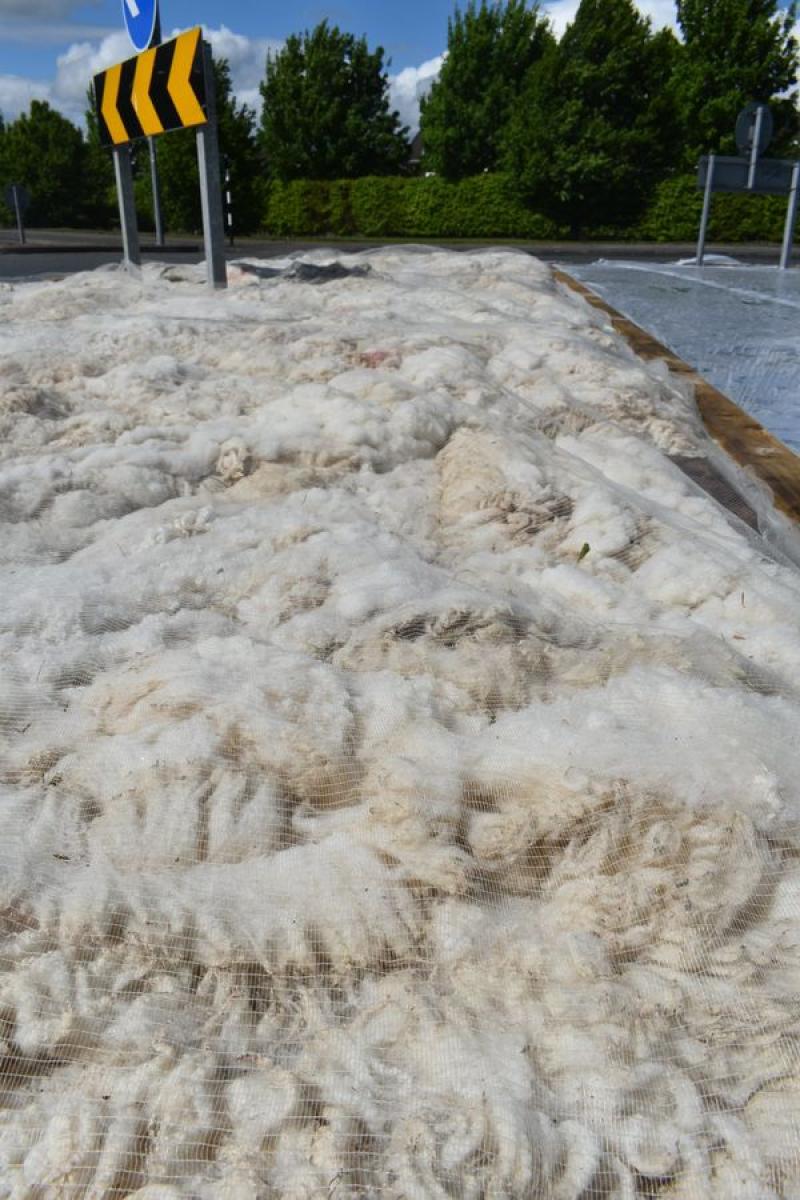 It has the sound of a baaahhhdd joke; but Kildare County Council is using sheep wool to combat weeds.

It also has the look of an unequal contest since, for many, the answer to the proliferation of weeds are chemical-based weed killers.

And while KCC hasn’t been seeking to “ram” home the  message there is a convincing “bleat” on its Facebook page about the merits of wool in the fight against weeds.

It’s a story that has not been entirely shorn of logic and KCC hopes ewe will take some interest.

The Caragh Road roundabout in Naas has been taken over for an experiment - a lamb to the slaughter, if you like.

According to KCC’s climate action coordinator Paula O’Rourke, the wool should smother or reduce the amount of sunlight getting to the plants, to prevent food being created.

Similar experiments are taking place along the Millennium link road, but this is one of the most visible.

And other institutions are flocking to the notion - including Waterways Ireland, Teagasc and Maynooth University as well as other local authorities.

It’s early days yet in the battle to reduce our use of weedkillers - but this could be a lambslide success. It could wool the world.