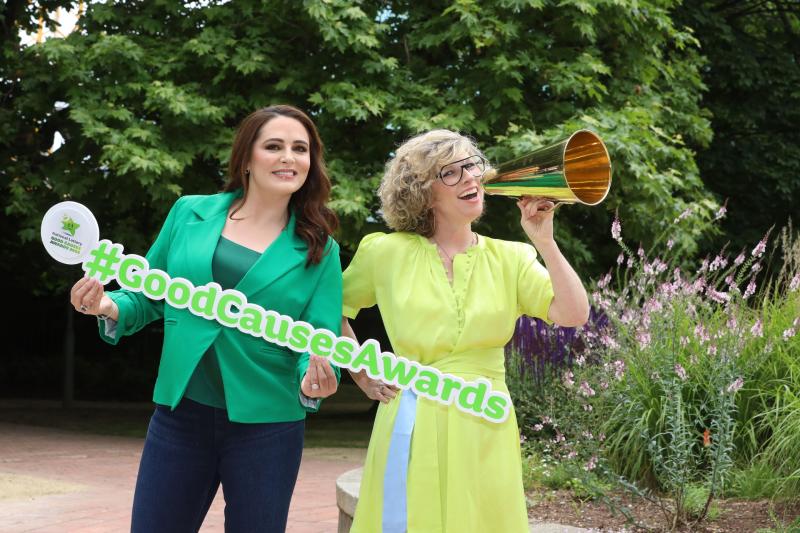 An award-winning theatre and a charity devoted to conserving peatland from Kildare are amongst the thirty-five community groups, sports clubs and organisations from all over Ireland who have been announced as national finalists in the National Lottery Good Causes Awards.

The Kildare nominees are Aisling Byrne of Run of the Mill Theatre and the Irish Peatland Conservation Council (IPCC).

The awards honour the inspiring work and achievements of thousands of projects, clubs and individuals from all over Ireland who, with the help of National Lottery Good Causes funding, have had an extraordinary impact on their local communities. Nearly 30 cent in every €1 spent on National Lottery games goes back to Good Causes all over the country.

The IPCC (Irish Peatland Conservation Council) is a charity whose mission is to conserve a representative portion of Irish peatlands for people to enjoy, today and in the future. Supported by a Heritage Council grant, the Save the Bogs Campaign is their longest running initiative and includes work in peatland research, site conservation, species monitoring, policy and advocacy and education and awareness.

Each of the 35 national finalists will now receive €1,000 and a hand-crafted trophy and proceed to the grand final in which there are seven categories: Arts & Culture, Community, Health & Wellbeing, Heritage, Irish language, Sport and Youth. The winners will be announced at the awards ceremony which takes place on Saturday, October 1, in the Killashee House Hotel, Naas, where each of the seven category winners will receive €10,000 and the overall Good Cause of the Year will take home an additional €25,000.

Gráinne Seoige, who will host the awards for the third consecutive year, said: “While last year’s event truly was unique as we had to go virtual due to the Covid restrictions in place, I am looking forward to meeting this year’s fantastic finalists in person. Hearing stories of triumph, strength and endurance have stood out as highlights from my previous two experiences of presenting the Awards and I am certain that this year will be no different. Seeing how communities from all over Ireland help and look out for each other is a truly inspiring part of the night and one that I am looking forward to playing a part in.”

Speaking at the announcement, Sonya Lennon who is chair of this year’s judging panel, congratulated the 35 finalists who have reached this stage of the awards process.