The location is being transformed from a notorious landfill site 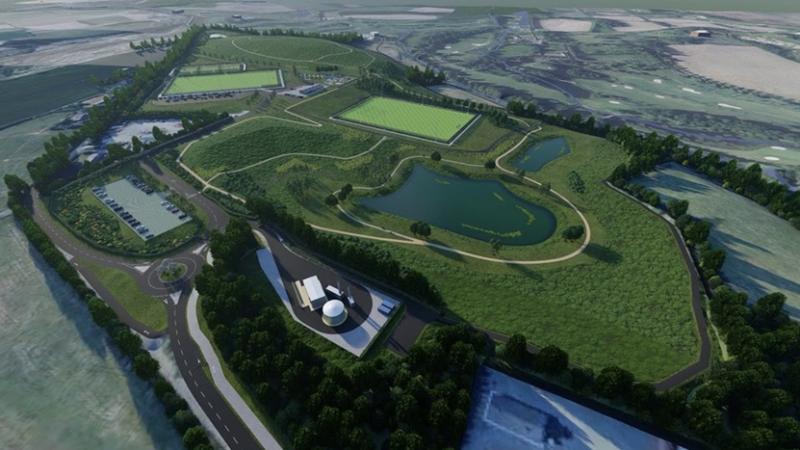 A major park and recreation centre on the outskirts of Naas is on schedule to open by the end of 2023.

The Kerdiffstown landfill remediation project as it’s known, embraces an ongoing multi million euro clean up of a major dump site - which required European expertise to bring an internal fire under control. And it came after the surrounding area was enveloped in a noxious odour for weeks.

The 75 acre site was once among the most controversial dumps in the country.

In January 2011 a series of fires began to burn deep within mounds of waste and site emitted noxious odours as well as plumes of white smoke.

Some 3.1 million cubic metres of waste was dumped there - enough to fill Aras Chill Dara 70 times. 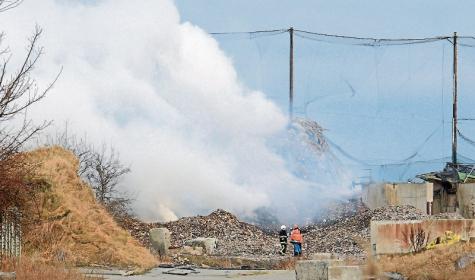 It was eventually closed by a court order and it emerged during the court hearing that Neiphin Trading Limited, the company which operated the site was in financial difficulty.

Since then a huge clean-up operation has been underway as a prelude to the development of an outdoor recreation centre.

According to project manager Noel Beggan it is hoped that the development will be open at the end of 2023 or early 2024.

It’s not known how much the project will cost but a previous estimate placed it at between €30-€40m on top of the costs associated with the clean up operation.

The facilities at the completed project will include a full size all weather pitch as well as three five-a-side pitches, a playground, four changing rooms with showers and an office, car parking for 90 vehicles as well as an overflow car park and toilets.

The surface of the site has been covered with impermeable material and topsoil and the tree planting will be based around native species which will encourage wildlife and biodiversity.

It will be wheelchair accessible and will have pathways and a running track.

At the moment leachate, the liquid produced when water passes through waste, is being removed in tankers to a site in Dublin but will eventually be piped into a local sewer system.