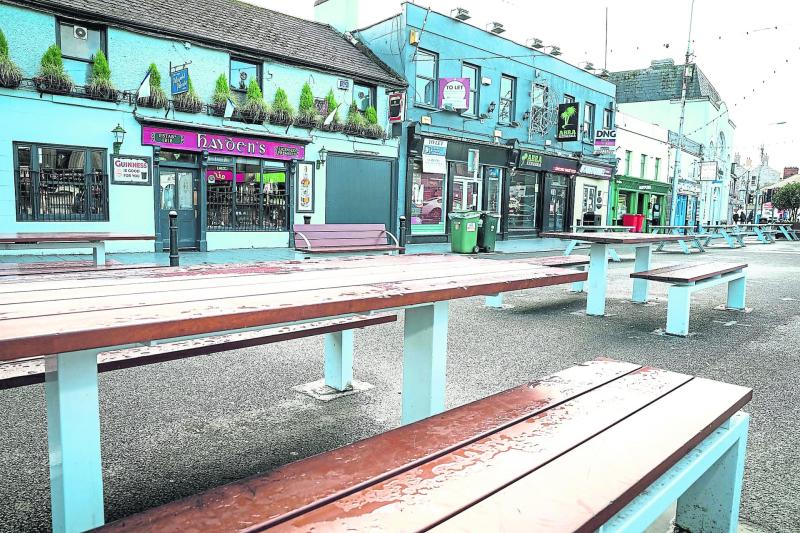 With a second successive IBAL gong in the bag, Naas attention has turned to the Tidy Towns competition.

Naas again came out on top in the latest survey by IBAL which shows the town, topping the ranking of 40 towns and cities — for the second time since January.

A small army of volunteers has propelled Naas to the top of the league and an improved showing in the Tidy Towns event is almost certain.

Indeed, according to Naas TT vice chairman Bill Clear the litter problem is effectively under control — so much so that accumulations of litter stand out in the town now, whereas this was not always the case.

“It has been really difficult to crack the litter problem but we seem to have done it.

“When there is litter on the street you notice it now. We’re obviously on the right track for success in the Tidy Towns competition, which is our aim,” said Cllr Clear.

Naas Mayor Seamie Moore, who has himself devoted much of his time doing ground work ground work in successive Tidy Towns and IBAL campaigns, believes that the winning of awards will itself create an anti litter culture,

“Naas has been making noticeable strides in IBAL as well the national Tidy Towns competition in which it was won multiple gold medals,” said Cllr Moore.

The Naas IBAL assessor commented: “What was so striking about Naas wasn’t just how good the sites were with regard to litter but all the other community elements that are clearly in evidence.”

Among the features noted in the town were Naas Heritage Trail, which provides a guide to places of interest; the reverse vending machine outside Dunnes Stores; volunteer litter picking shortly after 9am on a Tuesday and the signage relating to Tidy Towns initiatives and the local greenway cycle.

Meanwhile IBAL's Conor Horgan says that the group has been calling on county councils everywhere to priorities the very bad sites in a town or area and it seems this call has been heeded.

“We see the benefits especially in urban areas, where very heavy littering and dumping was at its worst.

“There are signs that the areas we have focused on are coming good.”