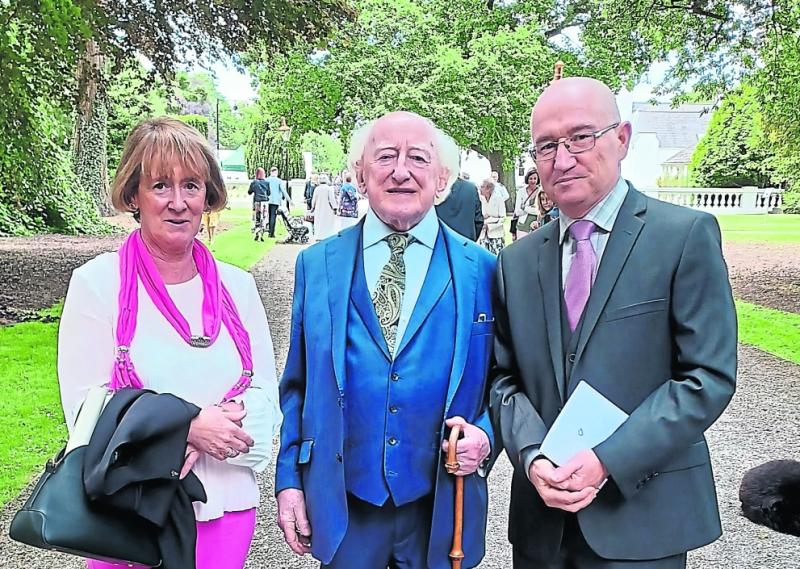 President Michael D Higgins and his wife Sabina hosted a garden party at Áras an Uachtaráin on June 15 for family members of the leaders of the 1916 Easter Rising.

In attendance was Sgt James Pearse and his wife Aine Doyle.

Sgt Pearse from Mullacash, Two Mile House, Naas, is a great-grandson of James Connolly, one of the leaders of 1916 Easter Rising.

Aideen and Hugh lived a quiet life on the Dublin Road in Naas and, according to the family, not many people would of known of the connection with Connolly. They had five children. Their daughter Aideen died at a young age as a result of scarlet fever, leaving Hugh, Moira, Zelda and Nora.

Sgt James Pearse had the honour to present his son Shaun with the Irish flag at Two Mile House Primary school in2016.

His son Corey collected the Irish flag from Croke Parke for his school, Piper’s Hill.

The President signed the Proclamation read by Sgt Pearse at various State events in 2016. It was the family’s second visit to Áras an Uachtaráin, having previously visited six years ago.