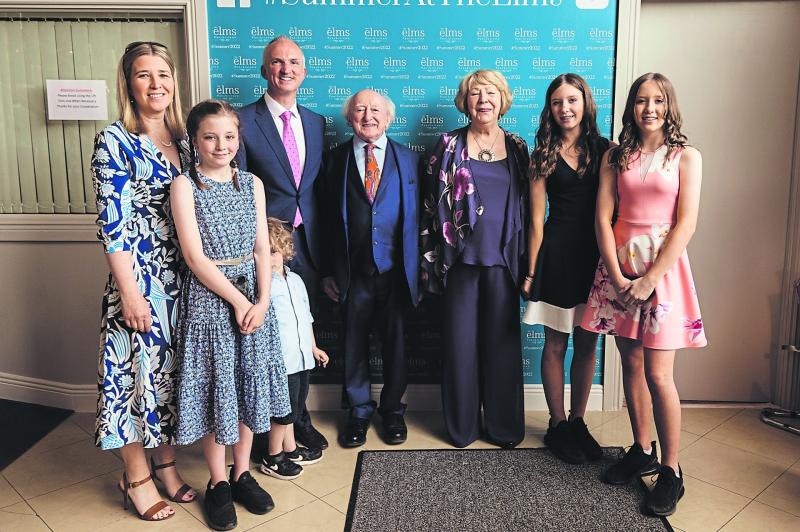 The McCarthy family were delighted to welcome President Michael D Higgins and his wife Sabina to The Elms, Punchestown, Naas, on June 14.

The family-run business has been in operation for over 60 years, employing 17 people between their interior store and their café.

President and Mrs Higgins were coming from the opening of Jigginstown Manor, Naas where he had delivered a now famous speech on the housing crisis in Ireland.

Homeless Care CLG partly-funded the reconstruction of the premises, which was first planned back in 2014, while the homelessness and addiction treatment charity Tiglin Challenge Limited, better known simply as Tiglin, now provide services at the site. The project was supported by Kildare County Council and the Construction Industry Federation.

While at The Elms, he was taken on a tour of the store by Fergal, Aubrey and Esther McCarthy before sitting down for lunch in The Elms gourmet pantry, where he enjoyed a four course menu.