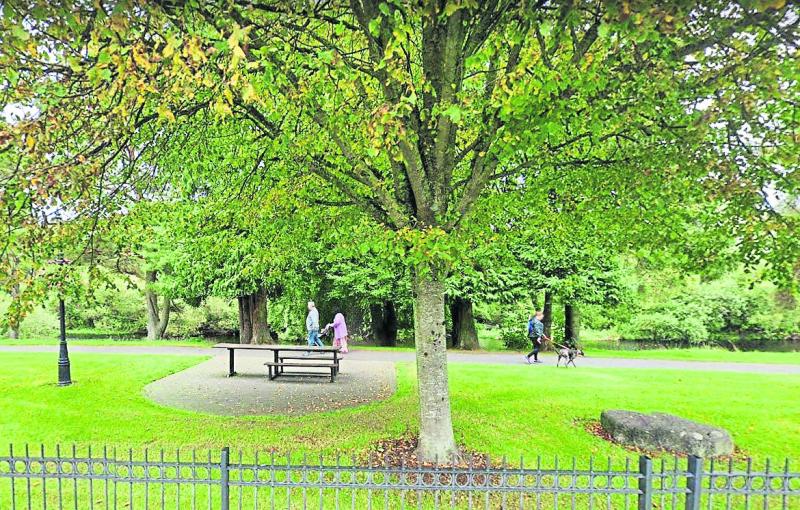 Sections of the Liffey Linear Park public amenity in Newbridge are owned by developers, according to Kildare County Council.

The revelation was made at the June meeting of the Newbridge-Kildare Municipal District on June 15 following a motion by Cllr Fiona McLoughlin Healy.

Cllr McLoughlin Healy had called for the council clarify who owns Liffey Linear Park or any part of it, and the adjacent lands.

The council said that the lands from the Bridge to the Strand are unregistered.

However the lands known as the Strand within the Park are registered to Aston Limited, which is currently applying for permission for over 600 homes in the Great Connell Area of the town.

The lands forming the embankment and towpath from the Strand to the Gables B&B are registered to land owner Denise Harris.

In addition, the lands along the boundary of the Gables are owned by the William Cribbon Limited while the lands from the Gables B&B car park to the new Belin Woods development being built by Glenveagh are registered to Glenveagh Homes.

Senior executive parks superintendent Simon Wallace said that the council’s legal advisors are currently researching any potential ownership of the unregistered lands with a view to Kildare County Council registering the lands.

Mr Wallace said the council’s legal advisors are currently working on the transfer of lands owned by The Gables B&B.

Mr Wallace added: “The lands on north side of the Liffey adjacent to the strand area of the park are registered to Aston Limited who are currently applying for a Strategic Housing Development on some of these lands. The Parks Section were involved in Planning meetings related to the application.”

Cllr Peggy O’Dwyer said she was surprised that the Strand area, which is popular for swimming, was not owned by the council.

Cllr Chris Pender commented that the Linear Park and public access to the Liffey was the ‘lifeblood’ of the town of Newbridge and where the local Tidy Towns volunteers carry out a lot of work to maintain and enhance the area.

He said that the council must ensure that as much of the park as possible is kept in public ownership.