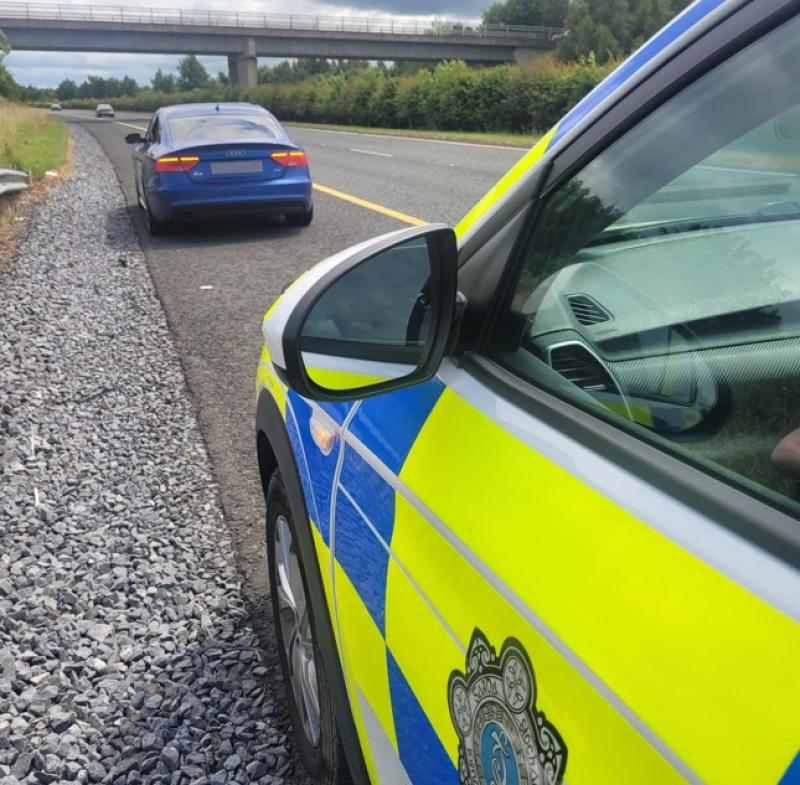 Kildare gardaí stopped a motorist who was doing over 200 kph in a 120 kph zone.

According to the Garda Traffic account on Twitter: "The Naas Roads Policing Unit were conducting Speed Checks on the M4 in North Kildare recently when they detected this car travelling at a speed of 209kph in a 120kph Zone.

"They were stopped and the Driver failed a Roadside Breath Test and was arrested.

A warning urging drivers to Slow Down was also included at the end of the tweet.