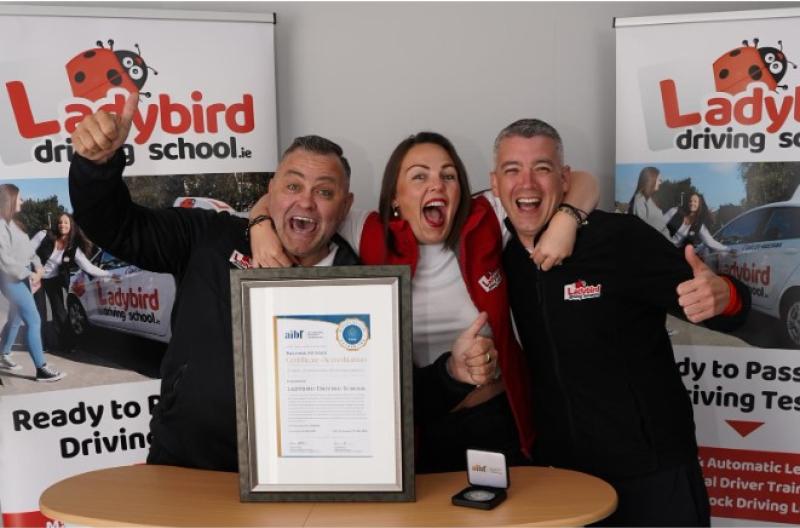 Ladybird Driving School, which has a base in Naas, has been named Franchise Of The Year 2022 by the All-Ireland Business Foundation.

Ladybird Driving School is Ireland’s only all-female instructor driving school and has a nationwide panel of over 60 self employed female franchisees.

The school has been recognised with Business All-Star Accreditation for its conduct in the areas of Trust Performance and Customer-Centricity.

The All-Ireland Business Foundation is an autonomous national accreditation body tasked with enterprise development and the promotion of market-leading Irish businesses.

Ladybird Driving School founder Kevin Horgan said: “One award in one year is amazing but to win two awards and Franchise of the Year 2022 is just an incredible achievement for all involved especially with the stiff competition we were up against.”
“We will hold this title with pride and continue to work even harder at changing people’s lives.”