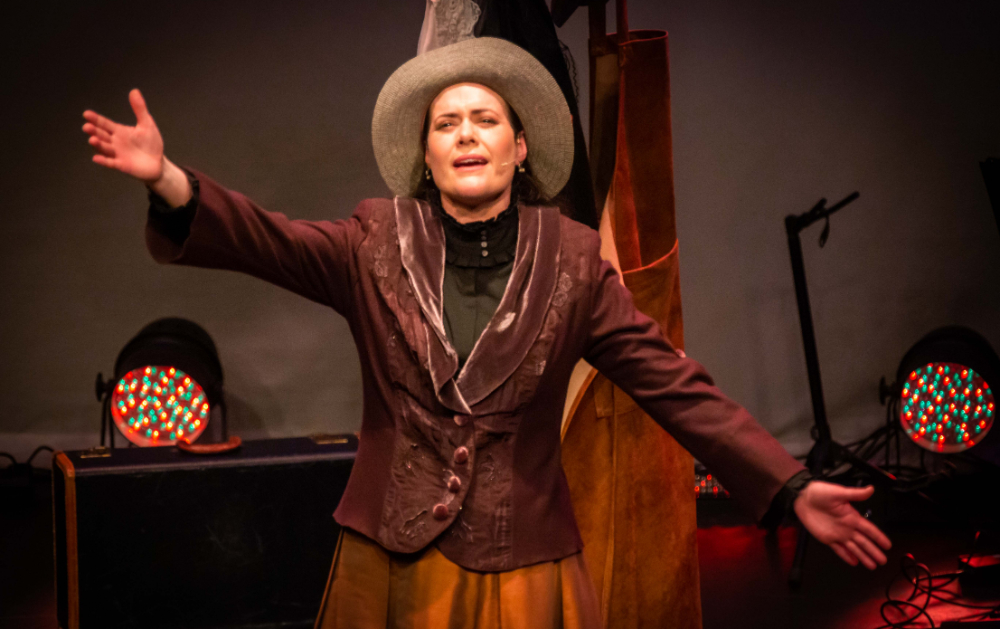 A brand-new production premiered in the Moat Theatre, Naas on Friday May 27 . Composed and devised by Paul Linehan, ‘Annie Moore- First Immigrant’ is a musical and historical account of the first immigrant to be processed through Ellis Island, New York in 1892. This project is more than two years in the making, and has already received hugely positive reviews from a test audience. Ten new and original songs, coupled with a well-crafted narration and a dramatised “American Wake”, combine to illustrate a life of hardship and struggle in a bid to triumph over adversity. It explores the theme of immigration, through the lens of Annie’s experiences and the different phases of her life, the characters she met on her journey, success and losses and ultimately her family’s integration into the U.S. The evocative lyrics of the songs in a variety of styles enlighten and challenge the participants as they express different characters’ views on the immigrants arriving to America. Starring Norah King as “Annie”, Paul Linehan as “Gus”, with Mario Corrigan as the narrator, and a terrific live band, all the elements combine to create a fantastic evenings entertainment of tuneful new music, familiar themes of immigration and a challenging call to reflect on our perceptions of those on the margins of society. The show will return to the Moat Theatre, Naas on Sunday October 30, before heading for Annie Moore’s hometown of Cork City and a performance on Sunday April 2 in the Everyman Palace Theatre.

Picture above is Norah King in Annie Moore First Immigrant