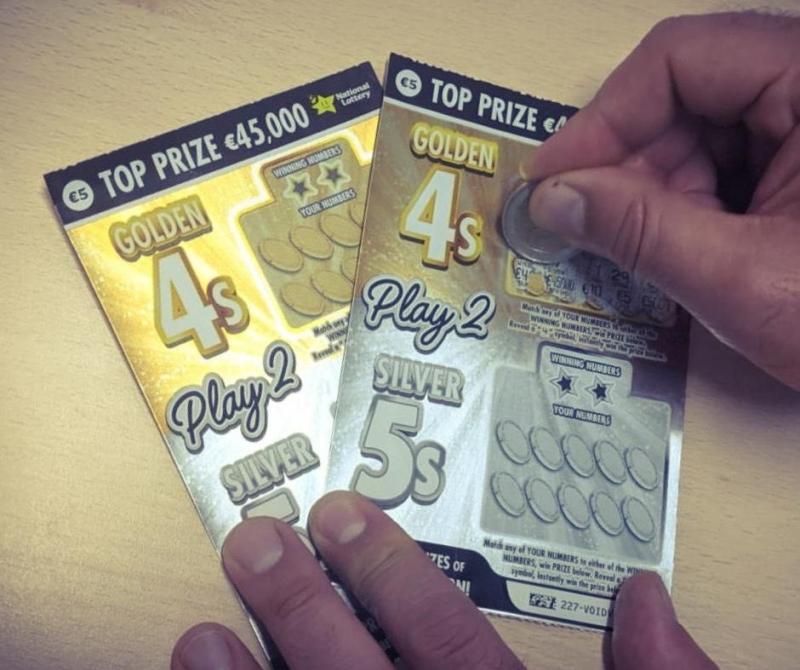 A Dublin man robbed a winning scratch card was caught by gardaí after he cashed in the ticket to claim his prize of €5,000, a court has heard.

Wayne Sullivan (38) of Beauvale Park, Artane, Dublin 9, wrote his name and address on the back of the winning card before cashing it in at the GPO.

Sullivan was jailed for a year and a half today after he pleaded guilty at Dublin Circuit Criminal Court to robbing a Spar shop in Coolock on January 12, 2021.

The court heard Sullivan took a taxi from his home to the Spar shop, asked the taxi driver to do a u-turn and wait for him. He went into the shop and, armed with a plastic gun poking out of his pocket, took cash and scratch cards.

A member of staff later told gardaí that she thought the item looked like a child's toy but she was afraid and didn't want to take a chance. After the hold-up Sullivan got the taxi to drop him home.

Detective Garda John Delaney agreed with counsel for the defence that he “wouldn't rate Sullivan high on the list of criminal intelligentsia”.

He further agreed that Sullivan was “very quiet and calm” throughout his robbery of the Spar shop.

Gda Delaney told Diarmuid Collins BL, prosecuting, that the shop assistant at the till in Spar noticed a man who seemed nervous coming into the shop at around 8pm on the evening in question.

She said the man came quietly to the till, placed a Dunnes Stores bag-for-life on the counter and passed her a note which read, “Do not fuck up. Do not fuck up.”

When the teller read the note and looked up at Sullivan, he showed her the tip of what looked like a plastic gun poking out of his pocket.

She put some cash totalling €126 into Sullivan's bag, and when he told her that there were more coins under the counter, she added in a few bag of coins.

The court heard that Sullivan then indicated some of the higher value scratch cards, so the teller grabbed various ten-euro scratch cards and put them in the bag too.

Sullivan then left the shop quietly and the teller pressed the alarm button to alert gardaí. Three days later, O'Sullivan went to the GPO and cashed in one of the scratch cards which had won €5,000.

When gardaí used the barcodes to trace the winning card, they found that Sullivan had written his name and address on the back.

Gardaí searched Sullivan's home under warrant and found the clothing he had worn during the robbery.  A facemask left in the Spar was found to contain Sullivan's DNA.

The taxi-driver who dropped Sullivan to and from the robbery told gardaí his suspicions were aroused when Sullivan asked him to do a u-turn outside the shop and wait for him.

The taxi-driver said Sullivan appeared to hesitate and build up his courage before entering the shop, and afterwards seemed to be in a hurry on leaving the shop.

Sullivan has 40 previous convictions, all from the District Court, including traffic offences, public order and theft.

Cathal McGrail BL, defending, said Sullivan had been addicted to tablets but was now completely clean of drugs and very keen to get out of prison and into residential treatment.

“He wants out of there and resents the availability of drugs in prison,” said Mr McGreal, adding that Sullivan had a daughter.

Judge Martin Nolan said even though Sullivan arrived at the Spar shop with some hesitation and the robbery was “very understated”, it had still involved the threat of violence.

“His card came up trumps, he cashed it, the money was spent,” said Judge Nolan, handing down a sentence of two and a half years.

The judge suspended the final year of the sentence and backdated it to March 18 this year, when Sullivan went into custody on other matters. The €5,000 won by Sullivan with the scratch card has not been recovered, the court heard.