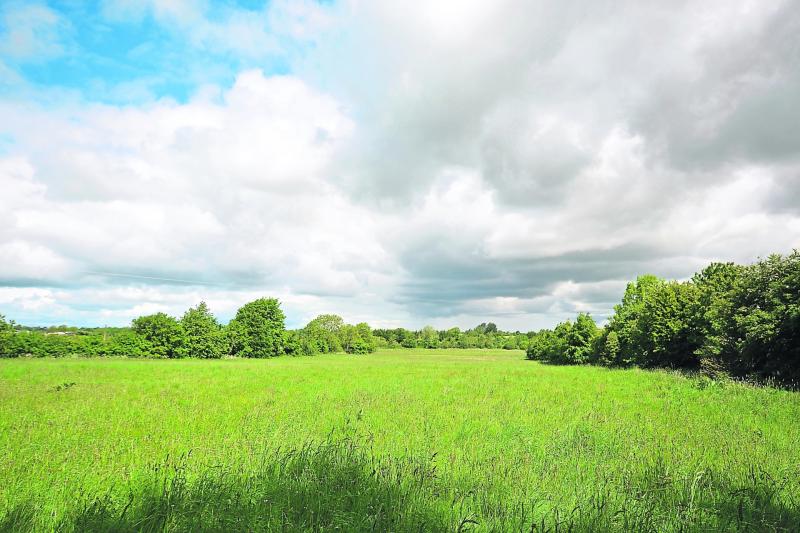 The property sold at Kilbrook, Enfield

Coonan Property Maynooth, Naas and Celbridge, concluded the sale of two attractive parcels of lands by public auction on Wednesday, June 29, in the Glenroyal Hotel.

In front of a busy room, the first property sold was an attractive field of 17 acres at Cornamucklagh, Broadford, Co Kildare which was sold for €195,000. The bidding opened at €150,000 and between three bidders actively went to €190,000. At this stage the vendors were consulted and the auctioneer re-entered the room and there was another bid of €5,000. At this stage the property was put on the market and sold for €195,000. The farm was an attractive farm of lands with good road frontage onto two roads. The buyer was an adjoining landowner.

The second successful sale was 18 acres at Kilbrook, Enfield, Co Kildare. Bidding opened for this parcel at €140,000 and went in increments of €10,000 to €200,000. At this stage the vendors were consulted and after a further increment of €10,000 the property was placed on the market. After two further bids the gavel was dropped at €220,000. This represents a figure of €12,200 per acre. The farm contains a disused cow byre and has frontage to the Kilcock- Enfield roadway.

All parties involved are satisfied with the outcome. “These successful sales demonstrate strong demand for good quality and well located farms of land,” said Philip Byrne of Coonan Property. Similar properties are required for the disappointed under bidders.