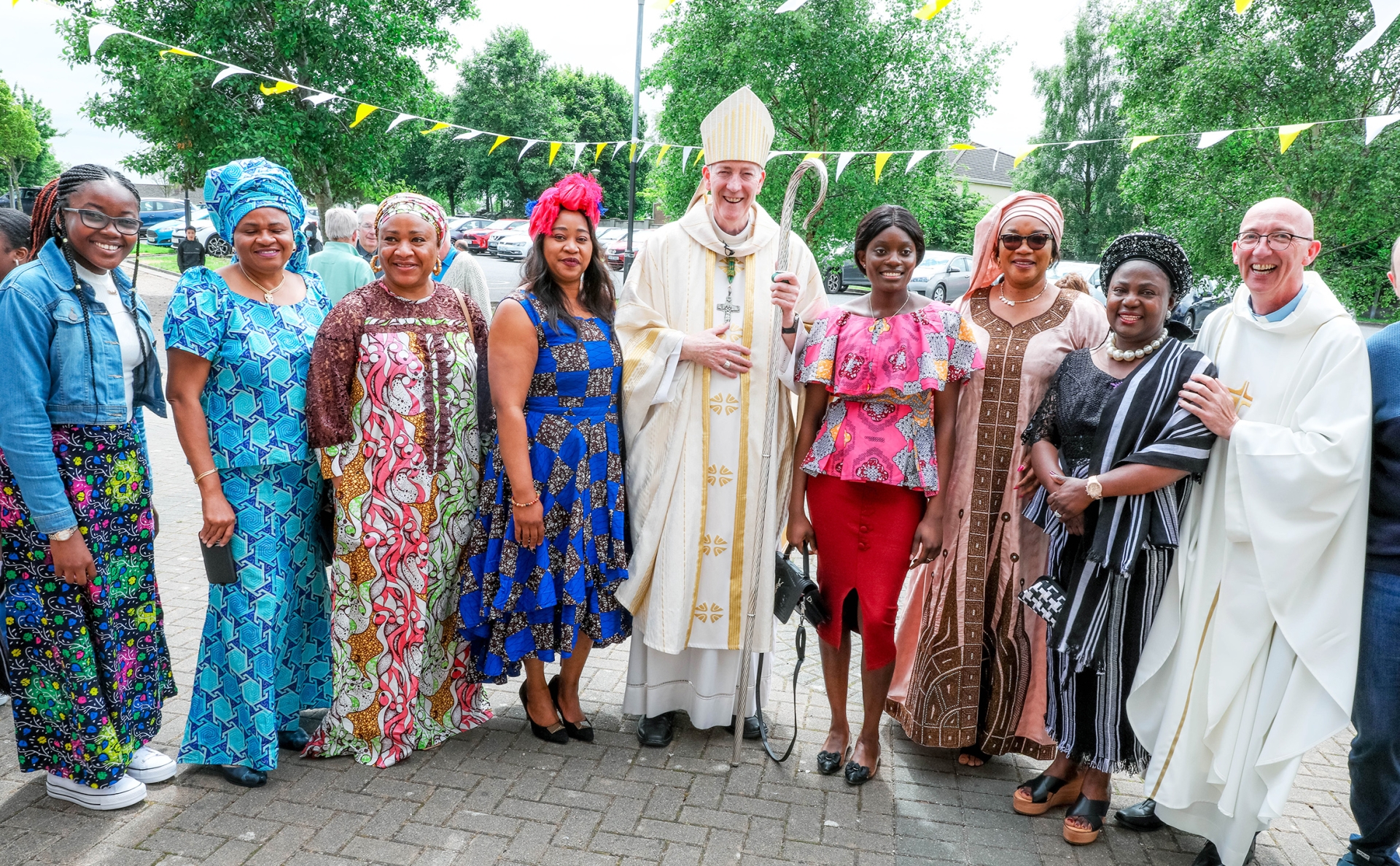 The Bishop of Kildare and Leighlin, Most Rev Denis Nulty, led recent celebrations to mark the silver jubilee of the Church of the Irish Martyrs, better known as Ballycane church, in Naas.

The priests of the parish, including Fr Liam Morgan PP, participated in a concelebrated ceremony at the church on June 12.

This church dedicated to the Irish Martyrs was blessed and opened in Ballycane, on the east side of the town in 1997.

Historian Liam Kenny, formerly of the Leinster Leader, recalled that architect Eamonnn Hedderman, who had a strong record of innovative design in church building, had spoken during the planning stage of a building which would have some of the characteristics of a tent — a place of shelter, welcome and assembly.

“Whether that image translates into the solid brick building that emerged is a matter of individual perception but certainly the characteristics and welcome and gathering were appreciated by the parishioners from the opening day and have remained ever since attracting a loyal and consistent congregation,” noted Liam.

All human life has passed through its portals — there are happy occasions like Holy Communion and Confirmation and sad times like a funeral mass ‘the sadness being leavened by the brightness streaming in from the roof light’.

He observed that a much anticipated annual service is the Taize reflection at Easter on the night of Good Friday, the culmination of an ecumenical procession from the historic St David’s church in the town centre — “a gesture that links the oldest and the newest in terms of church building in Naas.”

Apart from its purposes as a place of sanctuary and a place of worship, the provision of a meeting rooms, provided for in the planning of the structure is a very fine example of forward planning. These rooms are sought after by a diversity of groups seeking to rent them for meetings and classes.

Described as synodal in design, the church offers those attending services a comprehensive view of the altar and officiating priests no matter where within the building they sit.

One of the martyrs to whom the church is dedicated is a 17th century Naas Dominican Friar Fr Peter O’Higgins, who was executed in Dublin on 23 March, 1642.

This was despite the pleas of William Pilsworth, the Protestant Rector of Donadea, who was about to be hanged at the hands of rebel soldiers and whose life had been saved by the intervention of Fr O’Higgins the previous year.

Prior to his execution he was given the choice of renouncing his faith to avoid his fate, but he refused.

But the church also remembers another 21 men and women who have been canonised or beatified for dying for the Catholic faith between 1537 and 1681 in Ireland.

The canonisation of Oliver Plunkett by Pope Paul VI in1975 was a huge news event in Ireland at that time.

The recognition also brought an awareness of the others who died for the faith in the 16th and 17th centuries, when the persecution of Catholics took place, after King Henry VIII was excommunicated.