Plans revealed to bring DART to north Kildare by 2029 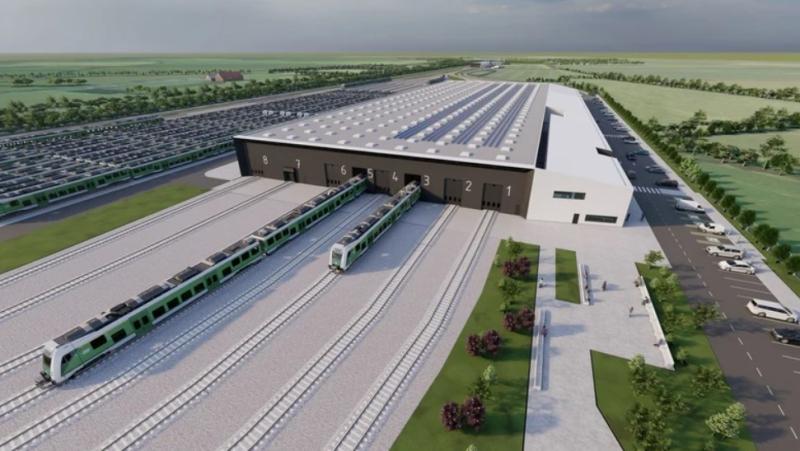 Iarnród Éireann is to lodge plans this week for the extension of the DART from the Connolly/Spencer Dock area in Dublin to west of Maynooth.

The network will also continue to the M3 Parkway in Co Meath.

The transport firm said it will deliver a more sustainable transport option for a number of communities, such as Maynooth, Leixlip and Castleknock.

The application to develop the project, DART+ West, is to be submitted to An Bord Pleanála this week.

If planning permission is granted, construction will commence in 2024 and the new service could start operating by 2029.

A statutory public consultation period will run from August  5 until September 30.

Iarnród Éireann has said potentially impacted landowners and occupiers will be contacted directly in advance of the lodgement of the order.

The application from Iarnród Éireann includes plans for a new station at Spencer Dock, which will interchange with the Luas Red Line and a new second station entrance on Preston Street and rail capacity enhancements at Connolly Station.

The planned infrastructure improvements include:

Minister for Transport, Environment, Climate, Communications and Transport Éamon Ryan T.D said: “This government is absolutely committed to extending quality public transport to more and more communities, from an environmental point of view, but critically, from a social and economic point of view. Dart+ West will, for the first time, connect established and new and growing communities to the west of our capital city and into Kildare and Meath along a modern, electrified, fast and frequent rail line. This is a transport line along which many younger couples and families have made their homes particularly. Dart + West will give these communities a reliable and direct rail connection to the city, and offer an end to the commuting and congestion that too many have had to deal with on roads into the city. It will also mean that they can connect with the other light rail, bus and inter-rail options around the city. This is the first of many railway orders to come, which will transform travel in the Greater Dublin area, and help us meet our climate targets.”

Chief Executive of Iarnród Éireann Jim Meade said: “Today is a great day for the communities of West Dublin, North Kildare and East Meath.  The provision of DART services will transform commuting for the existing and new communities along this railway corridor. It will make travelling with us more sustainable, more frequent and more reliable. This is the first DART+ project to submit a railway order, DART+ South West and DART+ Coastal North and South will follow. The DART+ programme, when delivered, will truly revolutionise commuting in the Greater Dublin Area and assist in meeting Ireland’s climate action targets by reducing reliance on the private car and providing sustainable high frequency, high capacity public transport.”

Anne Graham,  CEO, National Transport Authority said: “I very much welcome today’s announcement on the DART+ project and this development is a clear indication of the real progress that is being made across the Programme. Thanks to DART+, passenger capacity and service frequency will be vastly improved for people across the rail network in the Greater Dublin Area over the coming years. DART+ will allow more people to make sustainable travel choices and will contribute to reducing our emissions by providing a reliable alternative to the private car. NTA looks forward to continuing to work with Iarnród Éireann in making DART+ a reality.”