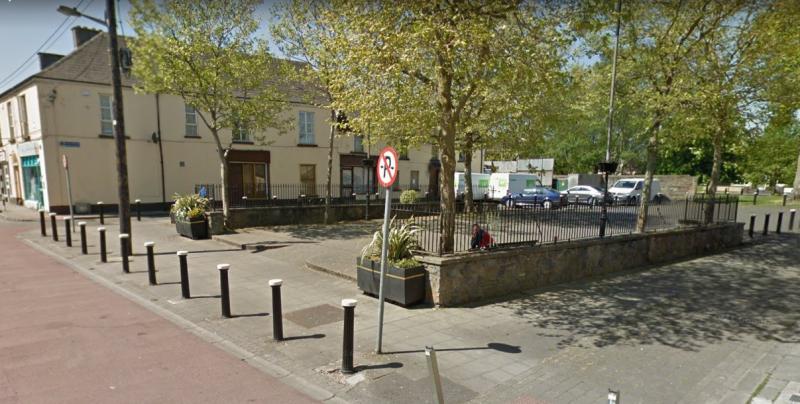 Local councillors have called for measures to stop anti social behaviour in a specific area of Newbridge.
The July meeting of the Kildare-Newbridge Municipal District heard calls for street benches to be removed from the Market Square area where people are congregating.
Councillors said that residents, as well as businesses, have complained about incidents in recent weeks.
Cllr Fiona McLoughlin Healy had tabled a motion calling on the council to expedite plans for the redevelopment of the Old Court House, Eyre Street and George’s Street areas of Newbridge.
She called for the local authority to explore possible options such as a one-way system and a car-free section during the month of August as a trial.
She said such an initiative could inform long term plans to change the layout and enjoyment of this area for businesses and residents.
Cllr Chris Pender said he lives and has an office on Eyre Street and suggested that a multi-agency approach is required to find a solution.
He also queried if the Fr Peter McVerry Trust premises should be relocated as the current location may be a disservice to he service users.
He added: “The anti-social behaviour in this area is very real, but it was there before the benches.”
Cllr Mark Stafford said he has received complaints from local residents about the anti-social behaviour.
Cllr Stafford said the council should review its policy of installing benches at Market Square in light of “continuous anti-social behaviour”.
Ms Hunt said the council’s public realm team is due to hold a meeting on the issue with local representatives, community groups and gardaí.
She said she the benches may be moved so that they are visible from George’s Street.
Ms Hunt said that many benches on streets were part of the temporary seating installed during Covid-19.
Cllr Tracey O’Dwyer said: “We have beautiful spaces in our towns. Benches should be the last to go.”
Cllr Rob Power said that European squares have markets to occupy large spaces. He added that the George’s Street area is very attractive for existing and potential business owners.
He said: We cannot be dictated to by those who engage in anti-social behavior. We need to do more for our towns.
Cllr Fiona McLoughlin Healy agreed: “We should be able to have nice things.”
Cllr Noel Heavey suggested that moving benches around Newbridge was like shifting the deck chairs on the Titanic.