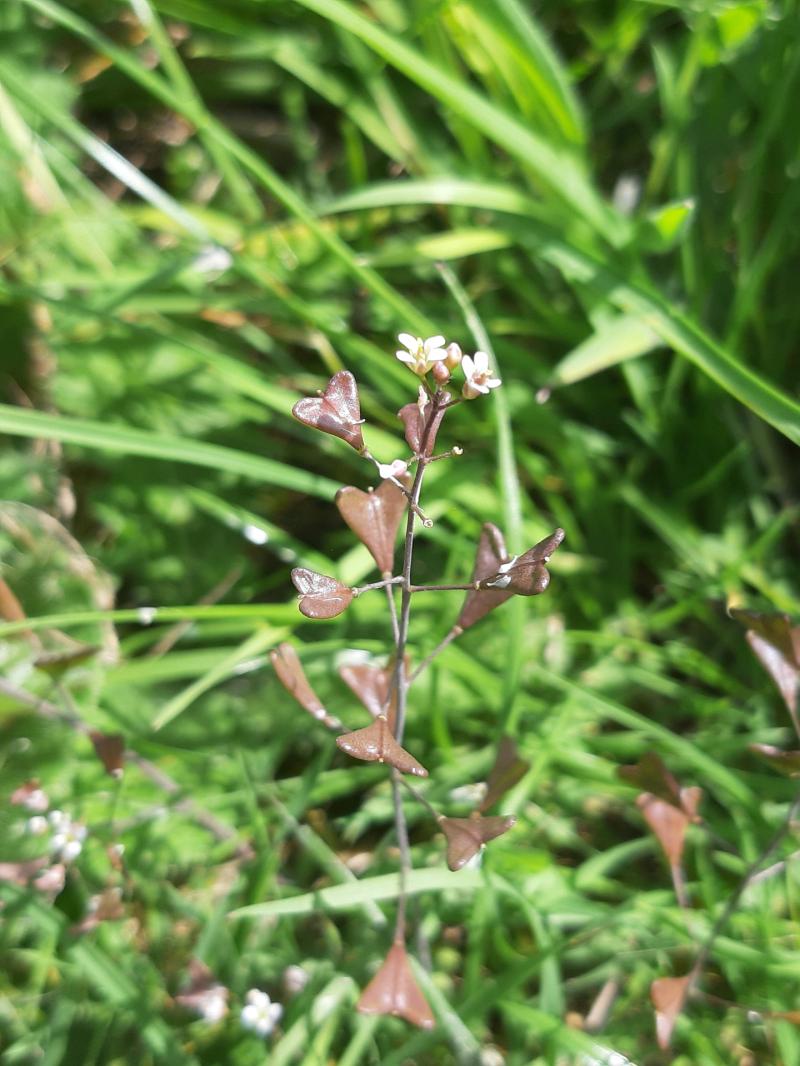 Last week I visited Ballynafagh Lake, which is located 2km north of Prosperous village. This site is open to the public, with a visitor car park and designated walking route.

During my time visiting this wild habitat, dragonflies, orchids, yellow-rattle, great fen sedge and this week’s species, shepherd’s purse (lus an sparáin as Gaeilge) were some of the wildlife observed.

It is actually a long time since I came across shepherd’s purse, even though it is considered widespread, growing on farmland, gardens and roadside verges around the country.

Maybe it is the size of the flowers that makes it less noticeable, as the four-petalled white flowers measure a tiny 2-3mm in diameter.

The flowers are located at the top of an erect stem that can measure 35cm in height, and which grows from a rosette of leaves located at the bottom of the plant.

The green leaves are longer than wider and are spear-shaped. One distinctive feature of shepherd’s purse is the plant’s seed pods.

These are heart shaped and, according to the Wildlife Trust, each plant can disperse between 2,000-3,000 seeds annually. No wonder it is considered widespread and common!

This may be helped by the fact that this little wildflower is in flower all year, from January through to December, giving the plant ample opportunity to be pollinated and for the seeds to be produced throughout the year.

This wildflower is considered native in Ireland. It is also found growing in many countries around the world. However, many countries considered it naturalised rather than native as it is said to have originated in the Mediterranean region.

The name of the plant is said to relate to the shape of the seed pods, which look like the pouches worn by medieval peasants.

According to Wildflowers of Ireland, in the 17th century juice extracted from shepherd’s purse was used to cure ear ache.

I wonder will you come across shepherd’s purse in your community this week?

Don’t forget, if you come across a wildlife species that you would like help identifying I would be happy to help.