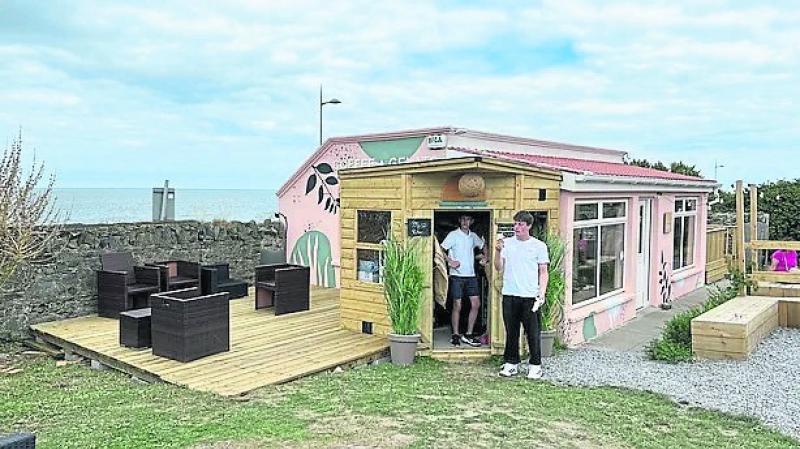 A group of Ukrainian teenagers have landed summer jobs — running an ice cream kiosk by the sea — thanks to the help of a local Kildare business.

The teens, aged between 14 and 17, are selling ice cream from a small cabin next to the Rise at the Cove cafe, overlooking the South Beach in Greystones, Wicklow.

The enterprise is being supported by Tiglin, the charity which is accommodating 97 Ukrainian refugees in the Coolnagreina centre in Greystones, RTE News reported.

Andrew and Barbara Cross, who operate the Centra foodstore at Hazelmere, Naas, provided the ice cream making machine and are supplying it with ice cream on an ongoing basis.

“The young people came to me looking for a job for the summer,” Tiglin's chairman and Naas man Aubrey McCarthy explained.

“They are very active and they wanted to keep busy. So they asked me to put up a post on a local forum, asking if anybody had any summer jobs — whether it was walking dogs, washing cars, or whatever.

“Unfortunately, not many people came back, so I didn't have a solution. That's when they came up with the idea of running a retail unit, beside the cafe, selling ice cream. It allows the young people to keep busy, focused and earning a few quid. But it also gives them a purpose and a chance to be involved in the community. The guys engage with the customers. They get to chat. It is social integration at its very best,” said Aubrey, who runs AMC Removals and Storage Ltd at Naas Industrial Estate.