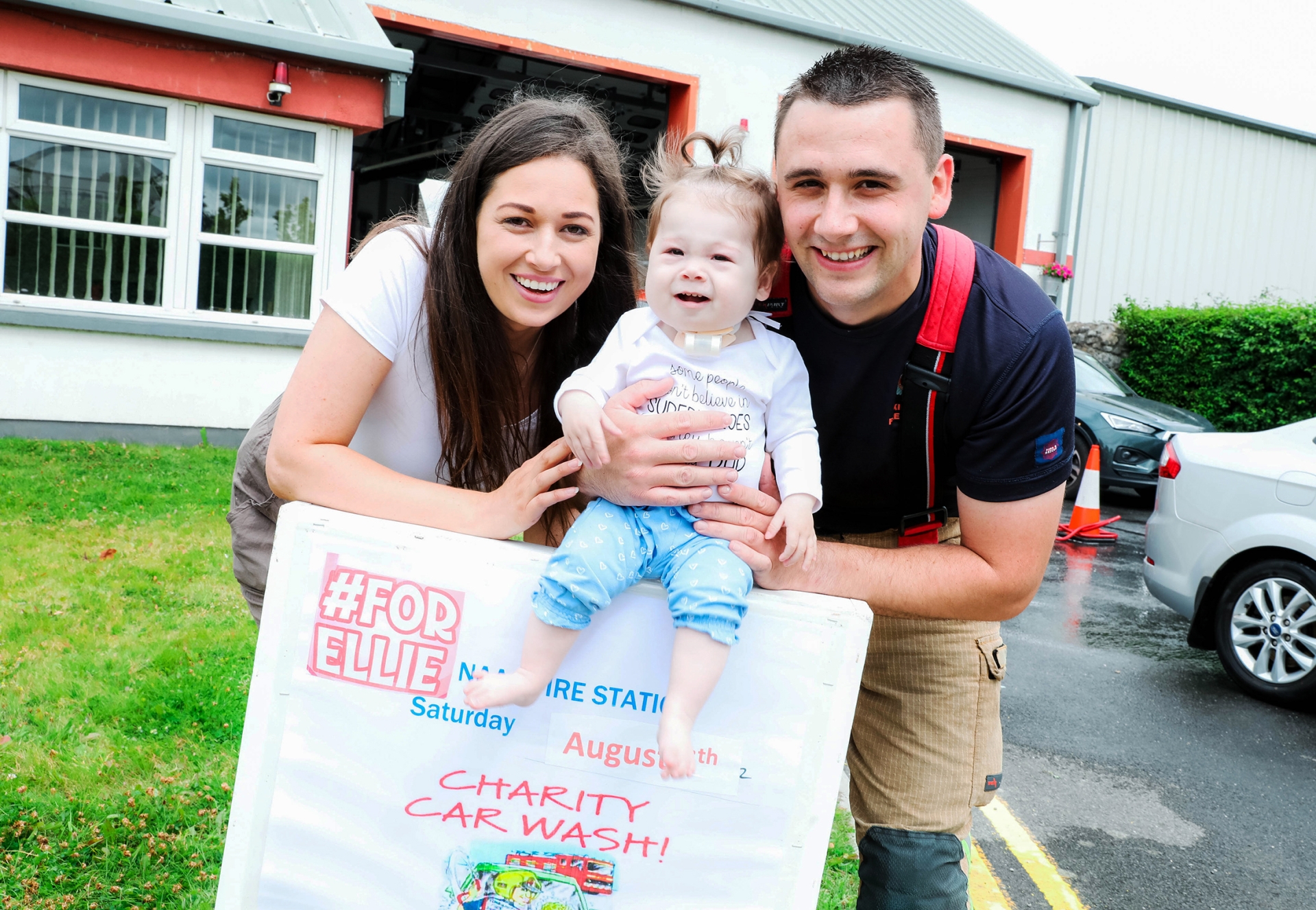 Jason Lynch and his colleagues are fire fighters, a heroic vocation and they are now fighting for someone close to Jason who also needs their help.

Jason’s daughter Ellie has a rare genetic disorder which causes problems in the way things develop in her body, like her airway, hands and feet. As a result Ellie requires around the clock care from at least one of her parents as well as possible future operations.

Jason, alongside Naas firefighters Johnny Edmonds and Ciaran Harrington got the next step in their fundraising under way last weekend with a charity car wash.

Johnny Edmonds said of the car wash, “It was brilliant, there was a constant flow of cars and we also opened up the station for the day to show the families around the museum which we haven't had open since Covid.

“It was that real community feeling which we have been missing and I just want to thank the local people and people of Kildare for their support, they have been brilliant. We raised €1,860 on the day.”

Jason, Johnny and Ciaran are also going to be running the Dublin city marathon in their full fire suits in October to help raise money for Ellie’s care.

“The training has been intense, we are running 50-60 kilometres a week in fire suits and weighted vests. It’s no joke, especially in this weather we have to train in the evenings at the minute,” Johnny explained.

Hopefully things have cooled down by October 30 and the lads can have a slightly easier time in this massive undertaking.

At the time of writing, €15,675 has been raised for Ellie. The Lynch’s have set a goal is €50,000 goal and you can donate through this link: gofundme.com/f/ForEllieLynch