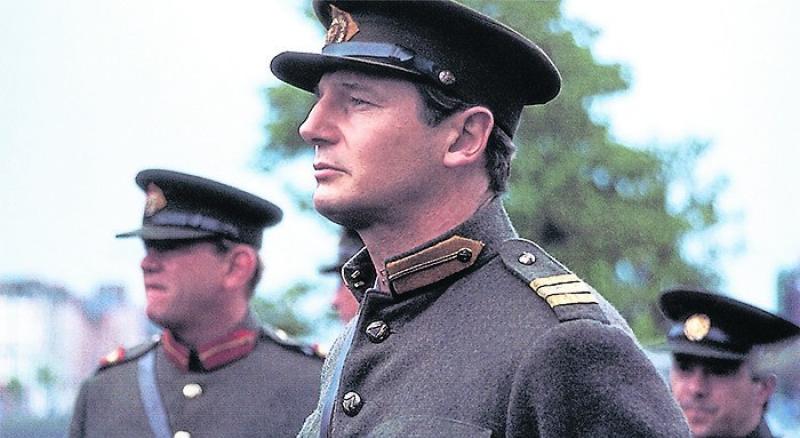 The Irish Costume Archive Project has teamed up with Russborough House in Blessington to launch a new exhibition called The Art of Costume, which will open this Thursday, August 11 and will run until October 16.

The exhibition explores the relationship between actors and costumes, and the growth of the Irish film industry, and will display costumes from the ICAP collection that have been collected and preserved from some of the most prestigious film productions shot in Ireland.

Some 17 costumes from 12 well known film and television productions will be on show, all revealed up close highlighting their exquisite attention to detail.

The exhibition displays costumes from the four-time Emmy award-winning Normal People, as well as the famous Afghan coat worn by Daniel Day Lewis in the film In The Name of the Father, the military uniform worn by Liam Neeson in Michael Collins and Brendan Gleeson’s flamboyant silk dressing gown in The Guard. The exhibition also includes costumes from the Oscar winning The Favourite, as well as The Crying Game, Little Women, Ripper Street and Love and Friendship, which was filmed in part at Russborough House.

ICAP was founded three years ago by costume designer Eimer Ni Mhaoldomhnaigh and costume practitioner Veerle Dehaene. Together they founded ICAP because they were both concerned about the afterlife of costumes that they believe are an integral part of Ireland’s film heritage. The archive is now home to over three hundred costumes that are permanently stored and preserved at Ardmore Studios in Co Wicklow. Exhibition tickets can be booked at russborough.ie. Prices start from €6 and children under five go free.