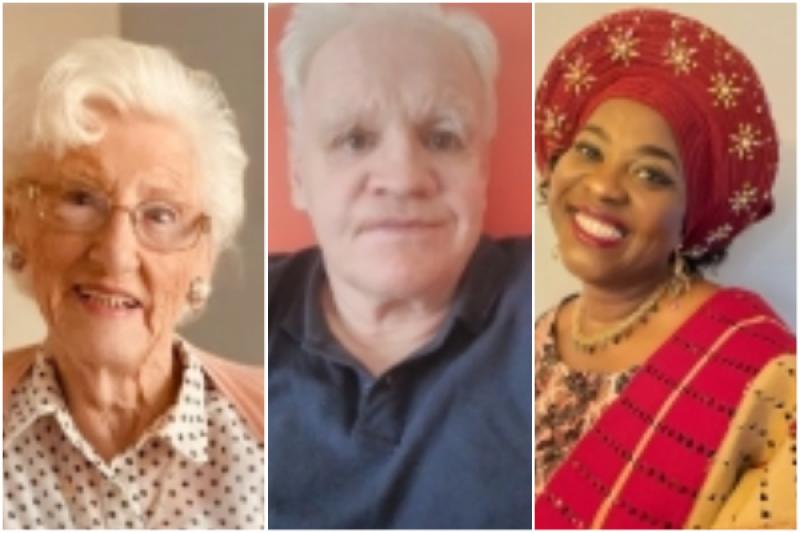 The death has occurred of William (Billy) Durnin
Leixlip, Kildare

Removal to the Church of St. Charles Borromeo, Confey, Leixlip, on Thursday morning (25th August) for Requiem Mass at 10.00am followed by burial in Confey Cemetery. The Funeral Mass may be viewed by clicking on the link below:

It is with great sorrow we announce the death of Abiodun Serifat (Abbey) George on the 20th of August 2022, late of Dun Brinn, Athy, Abbey will be sadly missed by her beloved husband Emmanuel, her much loved daughters Sandra, Barbara and Bridget, her loving grandchildren Zachariah and Arabella. She will be greatly missed by her brothers, sisters, brothers-in-law, sisters-in-law, cousins, nieces, nephews, extended family and friends around the world.

The Funeral Mass will be live streamed and can be viewed by clicking on the following link Athy Parish Webcam. Therefore the family request no additional camera or video recordings, please.

Please incorporate something white in your dress in Abbey’s memory.

Messages of sympathy and condolences for the family may be left by selecting “Condolences” below.

The above live streaming link is provided and managed by an independent streaming company. Thompson Funeral Directors accepts no responsibility for its functionality or any interruption to a live transmission.

Reposing at Cunningham’s Funeral Home, Lucan on Wednesday evening (August 24th) between 6 pm and 8 pm. Removal on Thursday afternoon (August 25th) to The Church of Our Lady’s Nativity, Leixlip arriving for Funeral Mass at 1 pm followed by burial in Donacomper Cemetery.

Margaret’s funeral Mass may be viewed online (live only) by following this LINK.

Reposing at her residence from 10am on Tuesday morning (August 23rd) until the conclusion of the Rosary at 8.30pm. Removal at 1.30pm on Wednesday afternoon to arrive at St. Anne's Church, Ballylinan, for Requiem Mass at 2pm. Burial afterwards in the adjoining cemetery.

Those who would like to leave a message of condolence for the family may do so in the 'Condolence' section below.