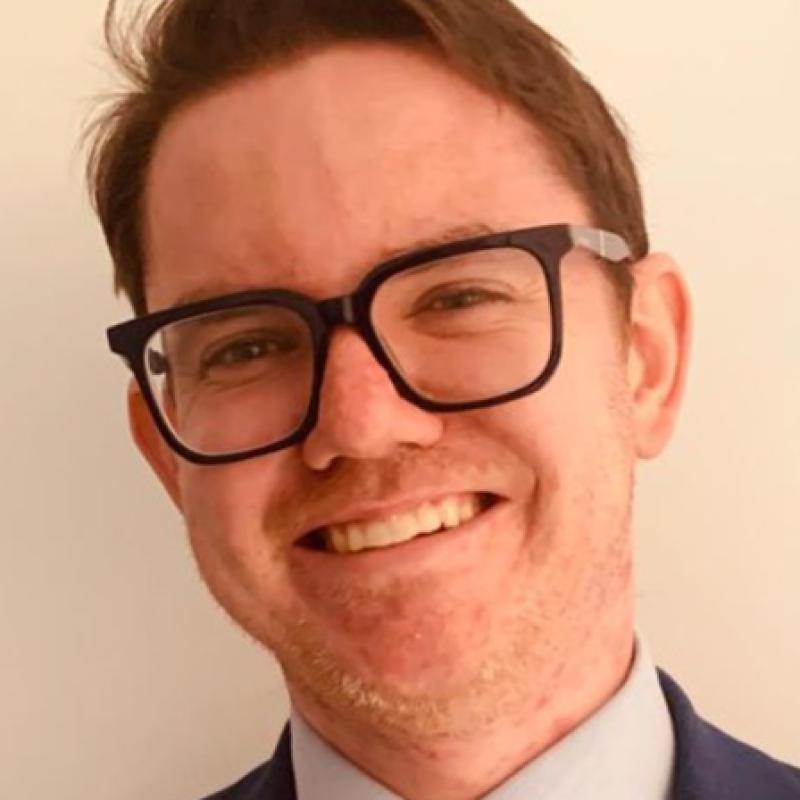 Brian Tyrrell is the President of the BNI's K10 chapter.

A Kildare branch of a business networking group has performed beyond expectations, its members have revealed.

Despite only being established in November 2021, BNI (Business Network International) Kildare town chapter, also known as K10, has passed over €1,000,000 in revenue.

The chapter’s president, Brian Tyrrell, said: "This is an incredible performance as usually it would take one full year to pass that level of business in a new chapter."

Mr Tyrrell also said that there are some other chapters in the county, one in Clane, Celbridge and Naas as well as Blessington, but said that the BNI’s director, Simon Finn, knew from other visitors attending these groups, and from requests from new joiners, that 'there was demand for a network in the area as the town has no direct networking presence other than Kildare Chamber.'

Every single member of the branch has a different skill, ranging from human resources to graphic design to videography and architecture.

While the K10 chapter is an online only chapter, Mr Tyrrell said that in order to combat this, the group also organises occasional social events.

He also said: "This suits some members better, and the fact it is online is a strong selling point for new members and guests."

"This allows for some prep, school runs to be done where needed and still to be able to attend the meeting; the fact we are online, means that our members can dial on from anywhere, so we do have members from further afield and sometimes have members dial on from abroad.

"It also means that without travel, the time commitment is lessened."

The group holds their online meeting every Tuesday from 9.45am to 11.30am: during the meeting, the chapter discusses a variety of topics, including: notices of business referrals, progress reports, testimonials (customer statements) and 60 second business pitches, the latter of which members receive feedback for.

Mr Tyrrell said that he hopes to continue the growth in his chapter and to help the individuals in it grow their business and see the benefits of the group overall — "As the membership increases, we will see our revenue being passed to members increase with this.

"We aim to be a Platinum chapter soon, which is a chapter worth around €3 to 4 million," he added.

One of the group’s members, Ashling Curtis, manager at Dynamic Branding, said about K10: "I was with Dublin Chamber for a year, but I just felt like I got more out of K10 and as such I switched over."

She also said that the online meetings fit her schedule 'perfectly' and said that whenever she is in need of advice in a particular field, she calls one of her fellow members.

"Although everyone has different skills, we’re all working towards the same goal," Ms Curtis added.

Another member, Ross Hamilton, Head of Sales and Marketing at Kendlebell Naas, also said: "I have gotten to rub shoulders albeit generally digitally with many motivated people involved in small and medium enterprises.

"The learnings have been pretty huge in many ways from just refinement of pitch, focus on work (segmentation), always keeping an eye or ear open for opportunity for yourself or someone else and more.

"I find the remote meetings to be good, I don’t have to commute, which enables me more time for one-to-one consultations."

In addition, member Carmel Guilfoyle, graphic designer with The Yellow Door, further said: "Being part of the BNI K10 Chapter has been an excellent source of new perspectives and ideas, advice and support that have helped me and my business grow.

"On a personal level, having a strong network of friends and associates to draw energy from and to keep me going has really increased my confidence in raising my profile, making connections and talking to people."

Lastly, Sonia Moran, who works in Sales and Accounts at Punctual Print in Blessington, said: "I have been networking with BNI for 11 years.

"Doing it remotely has been great because I’m not losing time travelling to a venue, it is my sales meeting every Tuesday for 90 minutes all from the office at home… for me, through BNI I have gained lots of new clients and great friendships along the way, and I look forward to continuing to do so."

The BNI was first set up in California, USA in 1985 by Dr Ivan Misner, with the aid of a few friends.

It has chapters made up of over 291,000 members across 76 different countries.