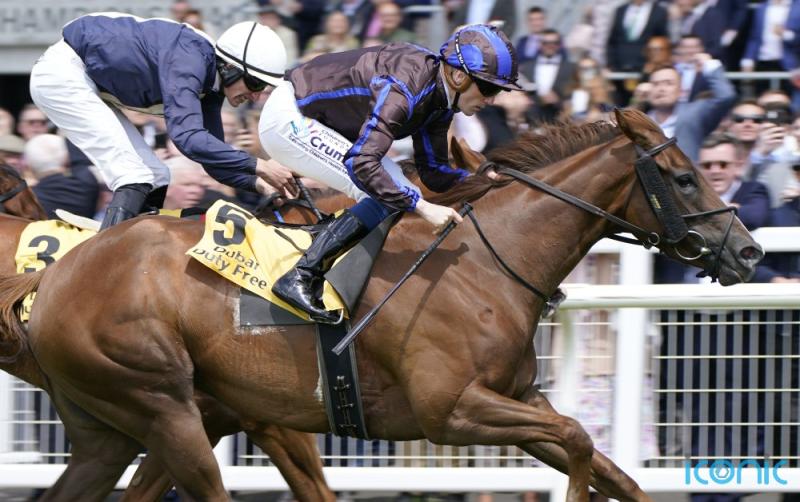 Billy Lee excelled when guiding Teresa Mendoza to success in the Dubai Duty Free Dash at the Curragh.

The race was run at a ferocious gallop thanks to Measure Of Magic who had the field well strung out at halfway but Colin Keane appeared to have things covered on Power Under Me.

It initially seemed that his main danger was going to be Prisoner’s Dilemma and those two got involved in a tussle, but Lee had all the while been creeping closer on Ken Condon’s filly.

A smart juvenile, she had finished second in the corresponding Listed 12 race 12 months ago and had been well backed into 4-1 to go one better.

She ended up getting there by half a length from Prisoner’s Dilemma, with the same back to Power Under Me.

“I took a chance and took my time as they went fast. They came back to me and I was able to sit longer than I usually do,” said Lee.

“She had been running well in Listed races and one of them was going to fall her away eventually.”