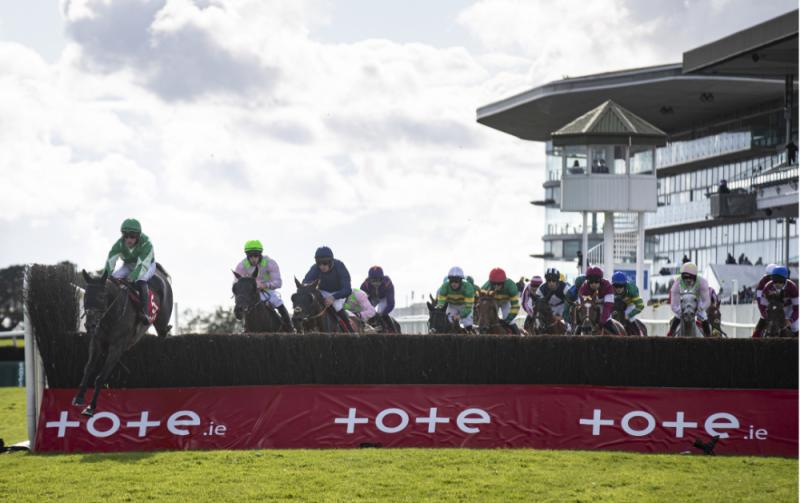 Willie Mullins won both the Tote Galway Plate and the Guinness Galway Hurdle last year and the champion trainer is typically well represented in both races, for which the weights were released today, at the end of the month.

Successful with Royal Rendezvous in 2021, Mullins has made five entries for the latest renewal of the €270,000 Tote Galway Plate which is only nine days away. Heading the early weights is last year’s runner-up Easy Game, the winner of his last four races, this year’s Aintree Topham Handicap Chase third Annamix, Punchestown festival winner El Barra, Fan Des Blues, a winner at the Galway festival last year and this season’s McHale Mayo National winner, Rock Road.

Numerically, Gordon Elliott tops the list with an entry of eight including Hurricane Georgie which completed a hat-trick of wins when taking the AXA Farm Insurance Midlands National at Kilbeggan, and Ash Tree Meadow which is chasing four wins in a row after runaway success at Perth last month and at Killarney on Friday.

Early Doors, winner of the Tote Galway Plate in 2020, is among six entries from the Joseph O'Brien yard. A notable winner at the Dublin Racing Festival for the past three years, A Wave Of The Sea also features on the O'Brien team along with Fire Attack, successful at the Punchestown festival in late May, the locally-owned Busselton and Darasso, fifth in this race a year ago and a winner over hurdles on three occasions since then.

The recent beginners’ chase winner Everglow is one of three entries from the Noel Meade yard while Gabynako is among a trio for Gavin Cromwell in the race. Shark Hanlon’s Hewick, winner of the Grade 3 bet365 Gold Cup Handicap Chase at Sandown in April, Emmet Mullins’ The Shunter and Cape Gentleman, Pat Fahy’s Castlegrace Paddy, Notebook from the Henry de Bromhead stable and Costly Diamond and Exelerator Express, trained in England by Gary Hanmer and Neil Mulholland respectively, are among the other notable entries.

With 10 entries, Willie Mullins holds the numerical advantage for the €270,000 Guinness Galway Hurdle on Thursday week. Mullins has won four of the last six renewals and his Saint Roi heads the weights this time with Echoes In Rain, just three lengths behind Honeysuckle at the Punchestown festival in April and also a runner-up on the Flat at the Curragh last time, also featuring at the top of the handicap. The likes recent winners Hors Piste, Tax For Max and Heia certainly boost the Mullins challenge.

Gordon Elliott has six entries to his name with the recent Punchestown festival winners Felix Desjy and Party Central among them while Darasso and Celestial Horizon are two of the four entries for Joseph O'Brien.

Anna Bunina is certainly in the form of her life and could bid to build on recent success at Ayr, Killarney and Bellewstown for trainer John McConnell while the Dermot McLoughlin-trained Santa Rossa will arrive fresh from her success in the Grade 3 Kevin McManus Bookmaker Grimes Hurdle at Tipperary.

Tudor City has run at every Galway festival since 2015 and won the Guinness Galway Hurdle in 2019. Seventh in the race in 2020 and fifth behind Saldier last year, the 10-year-old could again carry the hopes of trainer Tony Martin and owner John Breslin.

Michael Moloney, Chief Executive of Galway Racecourse said: “There are few races that capture the imagination more than the Tote Galway Plate and the Guinness Galway Hurdle and we are thrilled with the quality of the entries. After the last two years we are eagerly anticipating these races in front of a large crowd.”