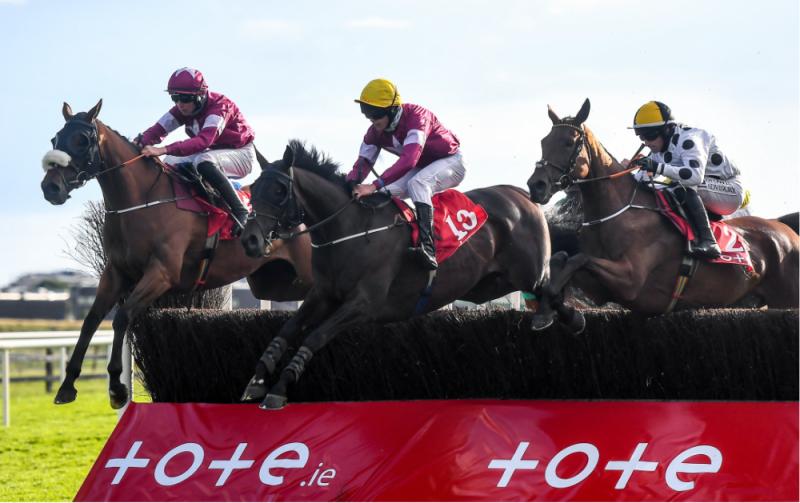 Former rider Robbie Power has enjoyed numerous big-race victories, but the Galway Festival retains a special place in his heart as the meeting prepares for a capacity crowd to return to Ballybrit next week.

The Gold Cup and Grand National winning rider is also no stranger to success at the track having won the Galway Plate on Nearly A Moose in 2003 and the Galway Hurdle aboard Missunited in 2013 and Tudor City in 2019.

Having retired from the saddle at this year’s Punchestown Festival, Power will be able to enjoy that the meeting has to offer when the seven-day meeting begins on Monday.

This year’s meeting has added resonance for the local community with a capacity crowd allowed to attend the meeting for the first time since 2019. The 2021 event was limited to a crowd of just 1,000 spectators a day owing to the Covid-19 pandemic, but the track are preparing for a bumper week this time around.

Discussing his memories of the iconic summer festival, Power told Boylesports  “It’s going to be an unbelievable atmosphere. We had it at Cheltenham with the return of the crowds, the Dublin Racing Festival and Galway will be no different, if not even bigger because the crowds will be massive and it’ll be a huge atmosphere.

“Galway actually play in the Irish football final this Sunday and if Galway manage to beat Kerry it’ll just be a party for the whole week.

“I was unfortunate to ride at Galway when there were no crowds there and it just wasn’t the same at all. The crowd is everything to the Galway races and it’s great to have them back this year.

“Racing fans bring more of a buzz to jockeys because it’s more of a thrill for someone to ride infront of packed stands but I don’t think it affects the results much. Some horses benefited from not having crowds there because the atmosphere can get a bit too much for them, but it’s a plus in every sense having the crowds back.

“The atmosphere at Galway is up there as one of the best in racing. The reception a horse gets, especially after winning at Galway, is on the same level as Cheltenham.

“Galway is a festival where a smaller team can have a big day. When you come back in on a fancied horse at Galway, the reception you get when walking from the parade ring to the winners’ enclosure is as good as anywhere - it’s unbelievable.”

“To win the Galway Hurdle or the Galway Plate was probably one of my first big successes that kickstarted my career. They’re both unique races to win and it’s very, very difficult to win both of them. I don’t think even Barry Geraghty has won a Galway Plate before.

“It’s a bit like Cheltenham in the sense that you can have a bad season and a couple of winners at Cheltenham and it’d be considered a good season.

“If you get a couple of winners at Galway then all of a sudden you’re having a great summer. Galway has more of a party atmosphere than Cheltenham and with crowds coming back after so long away, it’s going to be an unbelievable atmosphere this year. Galway is the pinnacle of the summer.

“I always got a huge buzz from winning races wherever they were. Winning the Galway Hurdle on Tudor City gave me one of the best feelings of my life because of the way I had to ride him and because Galway is a unique track so that gave me an unbelievable thrill.

“Winning the Hurdle or Plate are two of the biggest races you can win in Ireland and they give you huge satisfaction.”

Looking ahead to this year’s meeting, Power has given punters a couple of contenders to keep an eye.

“If I had a free hand to ride any horse in the Galway Hurdle, it’d be Santa Rossa. “I’ve won on her before and she has good stamina and good pace. She ticks a lot of boxes for Galway and I can see her running a big race.

“Ricidious has come down in the handicap and won on his last start at Punchestown. It’ll be difficult for him to win the Galway Hurdle but he was fifth last year and always runs well around Galway so he’s certainly got a good each-way chance."