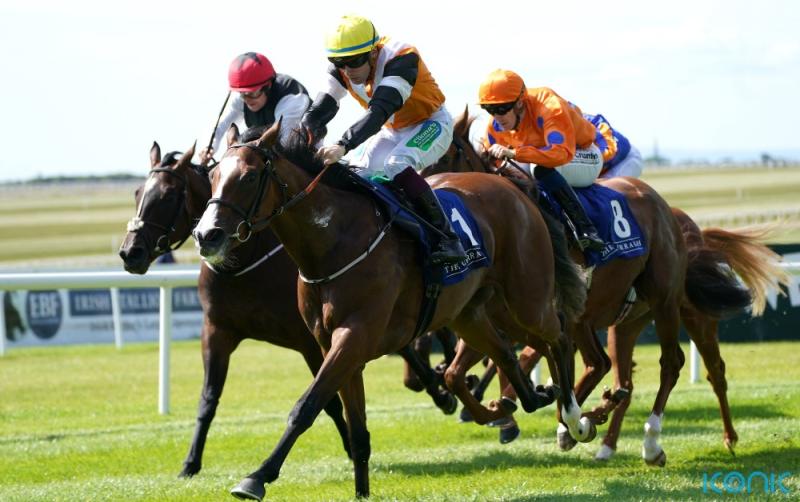 Aspen Grove claimed a shock victory in the Newtownanner Stud Irish EBF Stakes at the Curragh.

Fozzy Stack’s filly had finished fifth and 12th on her first two competitive starts, so it was no surprise to see her go off a 66-1 rank outsider for this Group Three contest.

The daughter of American ace Justify was faced with five previous winners, with course winner Shelton and impressive Leopardstown debut winner Caroline Street the top two in the market.

But with several horses still in with a chance spread across the track racing inside the final furlong, it was Aspen Grove who finished strongest to score by a length and a quarter under Mark Enright – winning his first Group race on the Flat.

“She ran well here on Guineas weekend and we always knew she wanted further,” said Stack.

“The ground was then lightning fast here on the Friday of Derby weekend and she just didn’t let herself down on it.

“We’ll see whether we run her again or not (this season).”