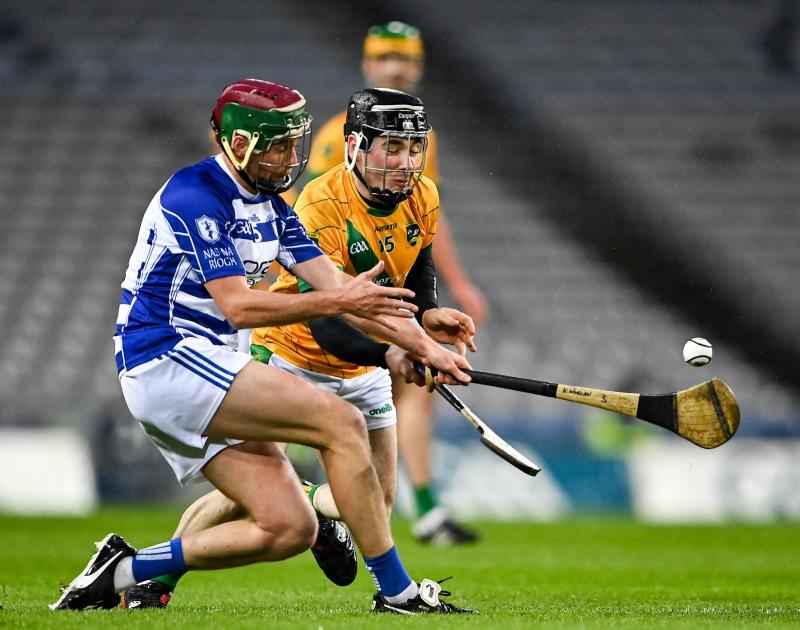 The setting was bleak and wintry, but the story of February 5, 2022, will warm the hearts of Naas and Kildare hurling supporters for generations to come, after Tom Mullally’s charges withstood a second half surge from Kilmoyley in this evening’s AIB All-Ireland intermediate club hurling championship final.

The foundations for the victory were laid in the first half, when Naas hurled into the breeze but were far more effective in most sectors of the field, responding to the concession of the first two points to come back and build up an 0-11 to 0-7 interval lead. Two superb points from Brian Byrne got them up and running, but it was their tenacity and workrate in the tackle at defence and midfield that really discommoded a lively Kilmoyley attack.

Jordan Brick picked off two good points from play but aside from the Kerry star forward on the right wing, Kilmoyley were heavily dependent on frees. Meanwhile Shane Ryan was very lively in the corner of the Naas attack, while Rian Boran added an well-taken point from distance to an excellent all round performance at midfield. 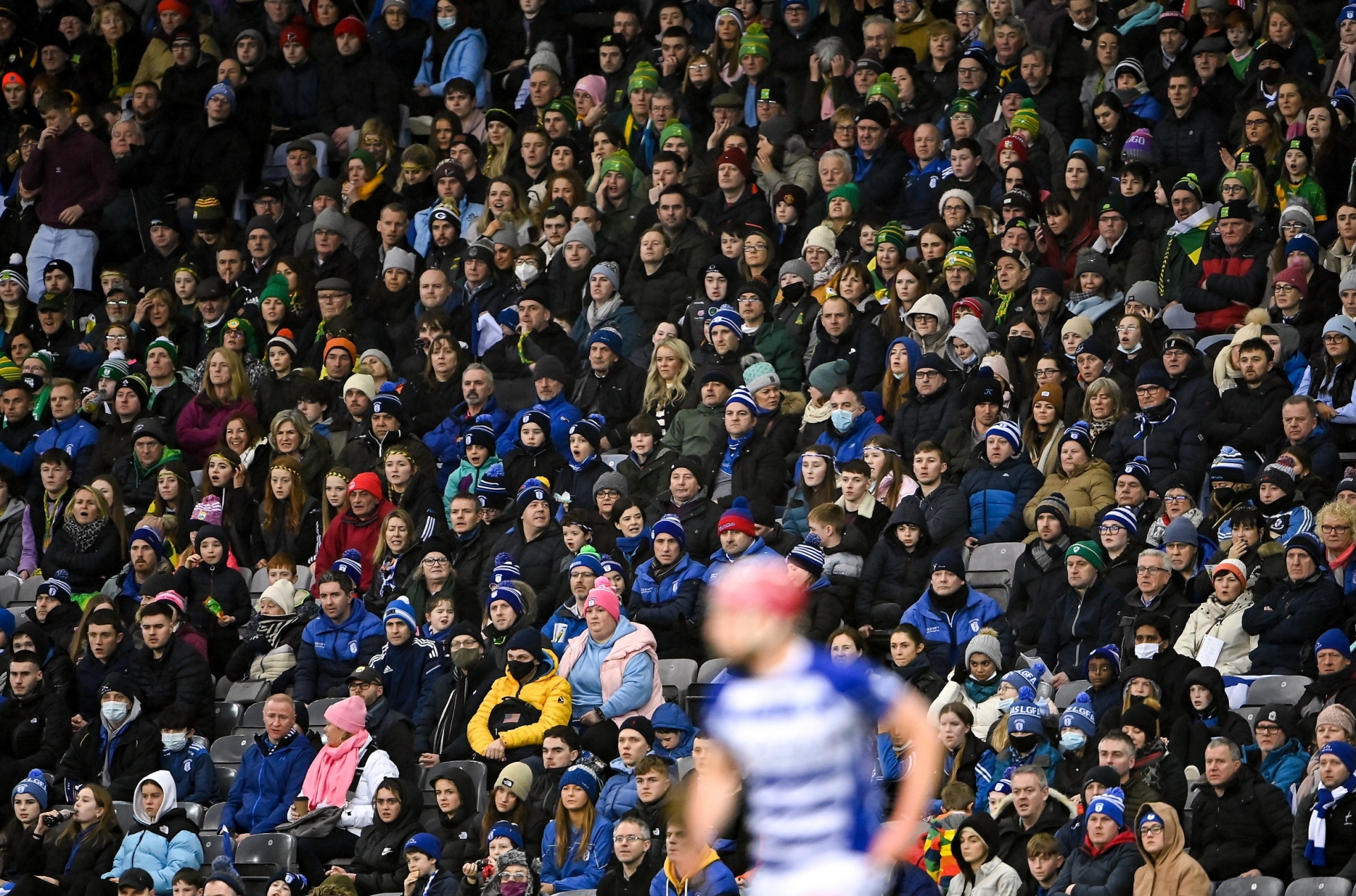 The first attack of the second half saw James Burke run though on goal from a tight angle, and while in different circumstances he might have gone for goal - instead he chose to whip the sliothar over the bar and keep the scores coming. Jack Sheridan followed up with a free to push the gap out to six, and it seemed like another comfortable win might be in store for the club that hadn’t really been drawn into a tight finish at any stage in the championship, either inside or outside Kildare.

A huge hit from Ross Kelly set up another point from Rian Boran and all was going according to plan, but wily Kilmoyley manager John Meyler made a couple of key substitutions, and gradually the Kerry club worked their way back into the game.

0-14 to 0-8 became 0-14 to 0-11 as the rain poured down on Croke Park and more and more errors crept into the play, while the ravenous ‘nothing to lose’ hunger of Kilmoyley meant that they started to enjoy a lot more possession.

A free from Sheridan, earned for a foul on Kevin Aherne, might have stemmed the tide but instead, with the next attack, Kilmoyley had an advantage coming and substitutes Ronan Walsh and Daire Nolan took the chance to go for goal, with Nolan’s low shot flashing inside Cormac Gallagher’s near post. In a tight finish, Kilmoyley had a couple of chances to level but Daniel Collins failed to hit the target, and in a dramatic six-minute period of added time, the only score came from James Burke, who read a Kilmoyley pass and pounced to intercept and strike a point that forced the Kerry club to chase a goal in the dying minutes. 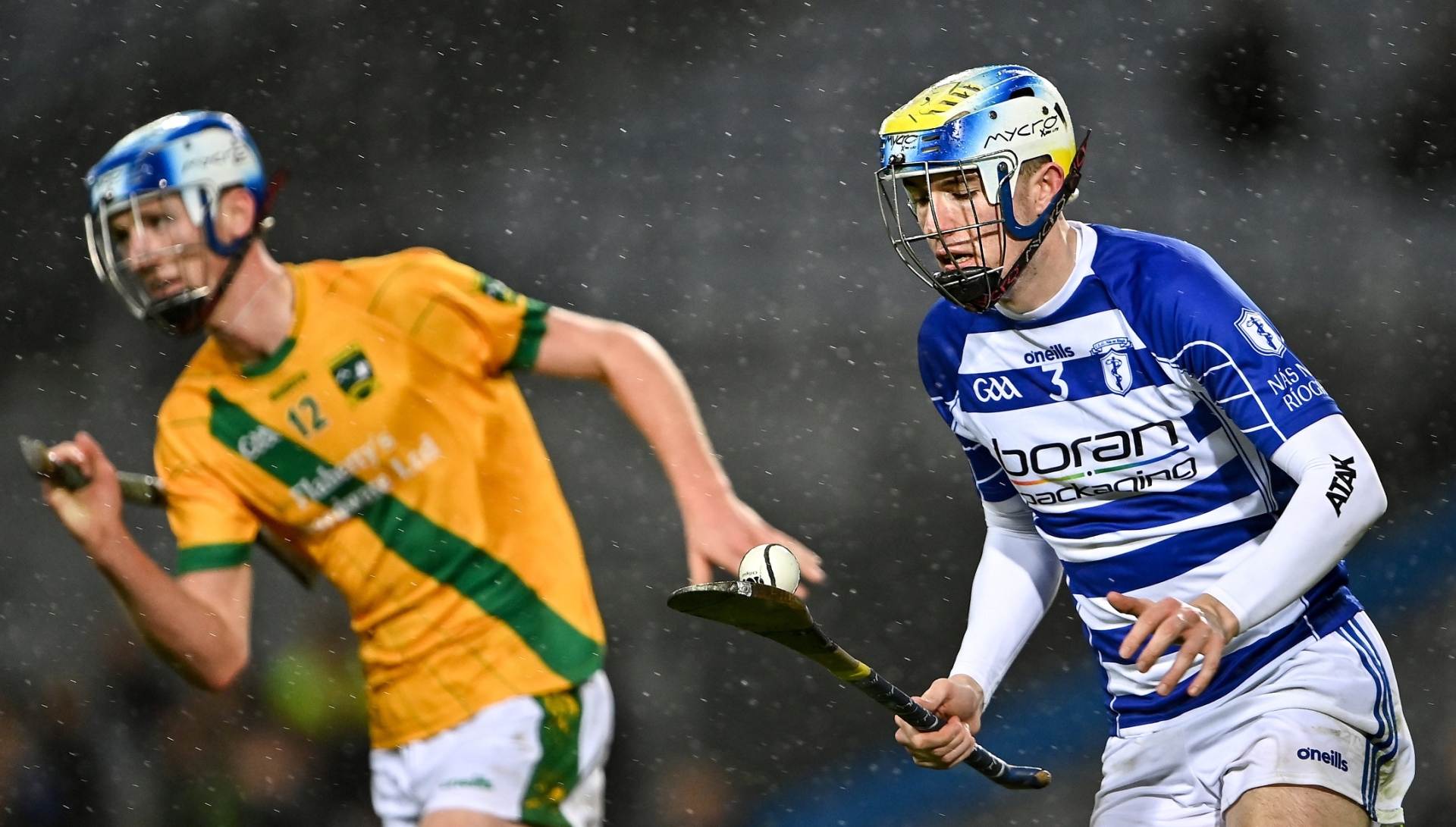