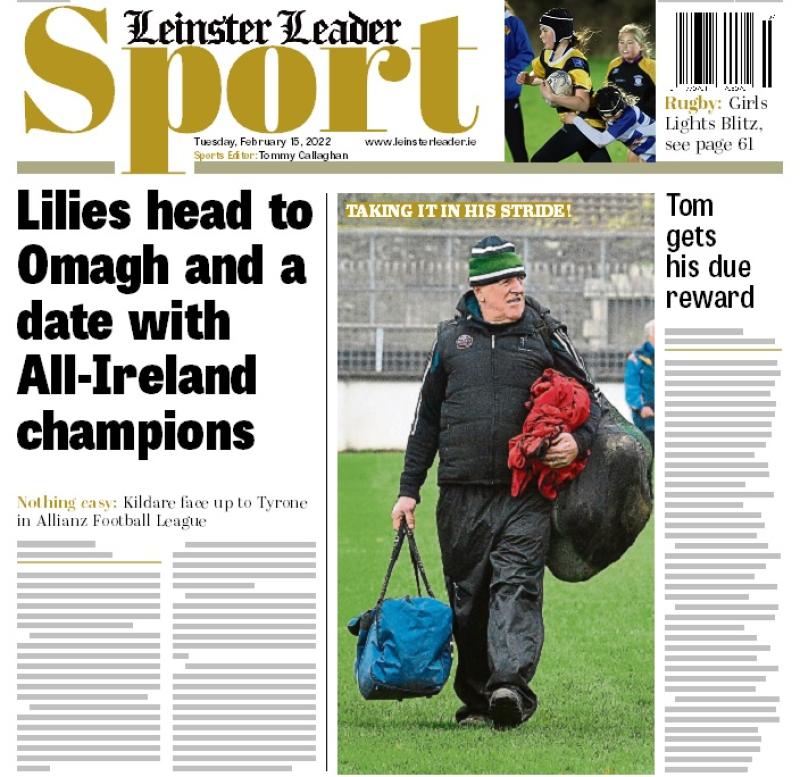 Lilies head to Omagh and a date with All-Ireland champions Tyrone - we preview the big game, red Hand to pose another major test.

Tom Murphy gets his due reward after being awarded GAA President's Annual Presitgious Award.

Neasa Dooley gets Kildare off to a flying start in Lidl League - report and reaction.

We preview this weekend's game between Kildare and Cork as Littlewood's Camogie League gets under way.

Golf: all the results from the Fairways.

Newbridge come from behind again to defeat Wexford in Leinster League Division 2A.