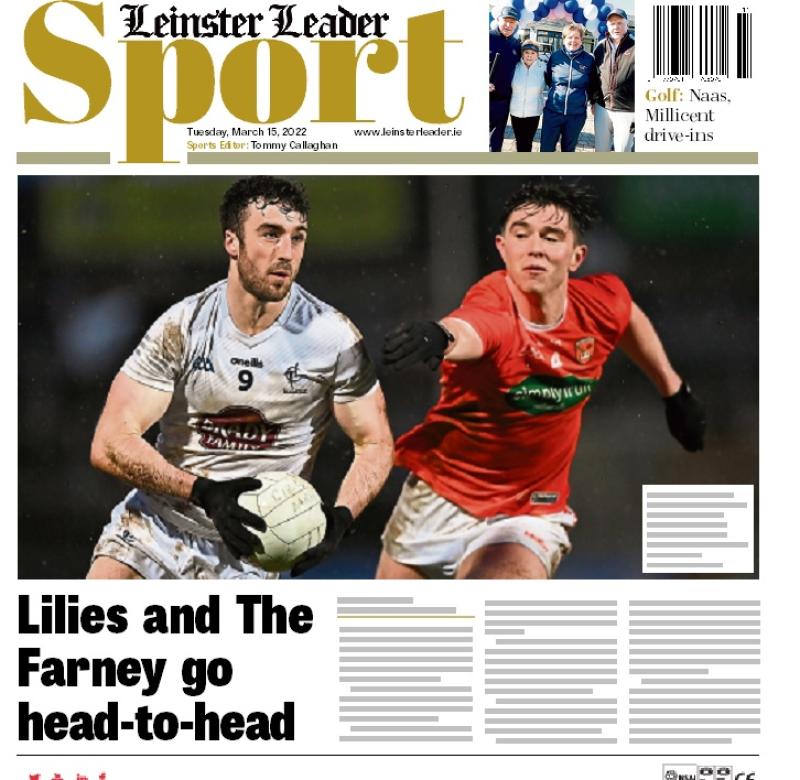 Orchard boys that little bit too strong for The Lilies; extensive match report, reaction and comment.

Ester Lambe flies the Ireland flag at The Stadium;

Lilies and The Farney to head-to-head, looking ahead to the big game on Sunday.

Royals too strong for Kildare in Littlewoods Camogie League;

Kildare U20 hurlers get better of Carlow;

Rugby: Naas crash out to Clondalkin in Towns Cup.

Picture Specials from golf drive-ins at Naas and Millicent, plus all the results from the fairways.