Robertstown GAA club is more than just that - a GAA club 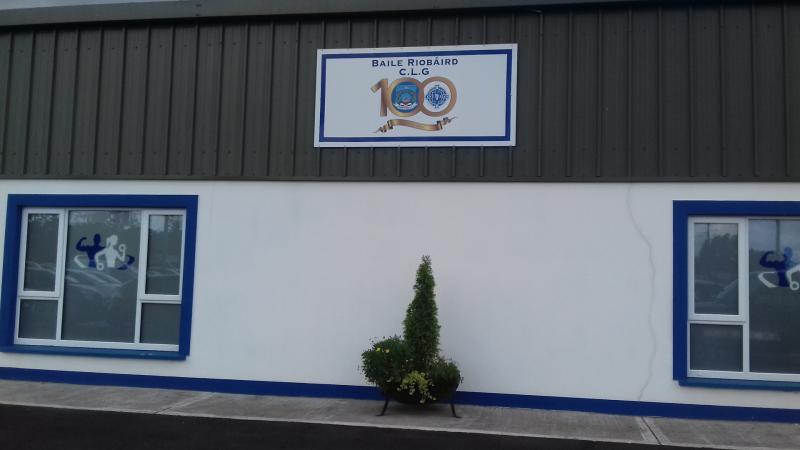 A few weeks back, in the dying days of August, a fairly routine GAA game was staged in Robertstown.

It was, at that time, an important enough fixture for both teams; with one contemplating possible relegation to junior level (Ellistown) and the other (Kevin’s) in with a chance of winning the thing. Nevertheless it was only ever going to attract club aficionados; so a traffic management plan wasn’t needed and neither were emergency evacuation drills.

It was played 24 hours before the drawn All-Ireland football final between Dublin and Kerry.

And it was at once a galaxy removed from the flavour of the Croke Park spectacle and at the same time an elemental part of that same spectacle.

No offence is intended by the observation that not much happens around the areas Kevin’s and Ellistown represent.

So, the GAA is arguably the most important part of their communities. And players from small clubs like Kevin’s and Ellistown played with Kerry that Sunday.

Dublin is a different story because of its urban character, but its GAA clubs are well populated by people who come from places like these clubs elsewhere around Ireland. The vast majority of GAA players, even those with All-Ireland medals, never lose sight of the importance of their individual clubs.

It’s hardly worth drawing a comparison with professional soccer players plying their trade across Europe.

There is an easy going nature to most GAA clubs and despite sometimes toxic inter club and inter county rivalry, players can make a transfer to clubs outside their county relatively seamlessly.

And the GAA doesn’t just provide games for people who want to play Gaelic games — and not everybody does.

There is no empirical evidence whatever to back this up but you'd wonder — given the our historic problems with alcohol - how the country might look without the alternative pursuits provided b y the GAA. Then there’s the actual infrastructure. The GAA provides buildings, some sparse, some salubrious where people who have no interest in the GAA can meet to pursue social activities.

The venue for the Ellistown/Kevins match is a beautiful example of this.

The clubhouse at Robertstown is one of the biggest buildings in the area and it can accommodate a variety of uses.

The venue has a couple of all weather pitches, fenced separately from the main field.

The playing field is snooker table level and it’s encircled by a running track, which can be used in many weathers. And it boasts a decent car park.

Not many people outside County Kildare have heard of Robertstown.

But thanks to the GAA and its voluntary ethos, it has this remarkable facility — an achievement replicated in towns, villages and smaller places throughout Ireland.

It might be seen as churlish or an attempt at one upmanship to observe that no other sports organisation provides facilities like those in places like these.

The GAA is firstly a sports organisation.

It’s not legally bound to have some kind of social obligation; but you’d have to say in many ways it's more in touch with the community than the State is.