Another Naas restaurant on the way 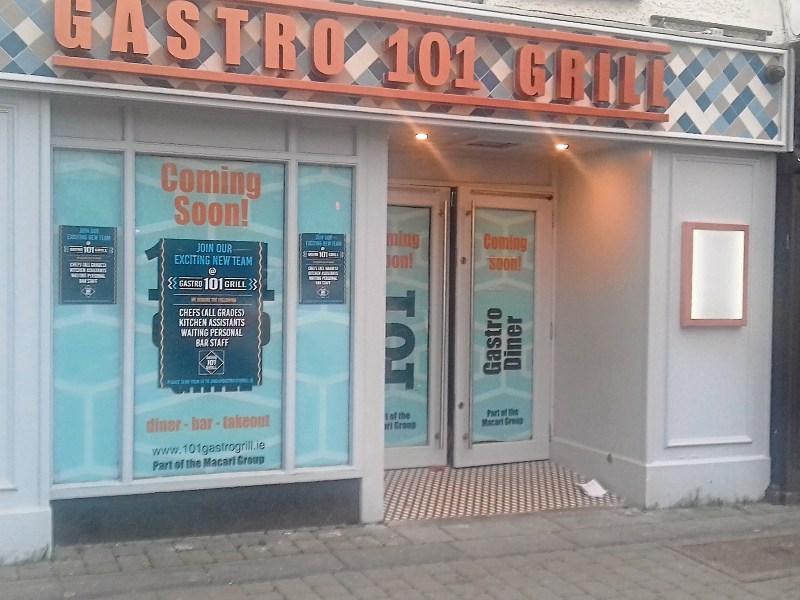 The premises has been extensively renovated

The latest restaurant to arrive in Naas is set to open shortly.

The Gastro 101 Grill was tentatively scheduled to open towards the end of last year and it has been refurbished in the meantime.

It will be run by the Macari family, who also operate the Rustic Italian restaurant and bar at South Main Street, Naas, and is likely to employ 15 to 20 people, including part time staff.

Rustic in Naas employs about 30 and the family is also associated with Macari 101 take away food outlet in Monread, Naas.

The Macaris also run Alvito’s and Rustic in Leixlip  and have a long association with the restaurant a food business in Co. Kildare. The family's Da Vinci’s restaurant in Leixlip will celebrate its 25th anniversary in September - before the new venture is launched.

“It will have the same setting and tone as rustic with an emphasis on art deco (a decor style popular in the 1930s). The emphasis will be on posh fish and chips and gourmet burgers. It will be  family friendly and high quality from the first bite to the last,” said Mr Macari when he spoke to the Leader previously.

He added: “Naas is a great town from a business point of view; it’s dynamic and is set to grow substantially and I believe the day time trade will grow.”

It will be located at the former McDonald's which closed on April 30, 2017.