Temporary traffic lights should be put back in Kill 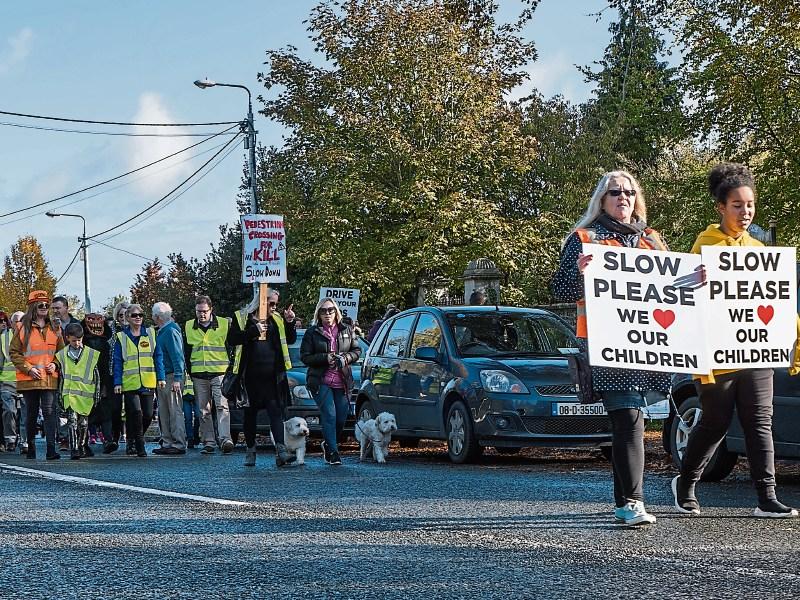 The temporary traffic lights, erected following pressure from residents in the wake of a traffic accident, were removed soon after the widening works on the M7 were completed.

Now Cllr Evie Sammon said the lights should be put back “until such time as a permanent crossing is installed.”

Cllr Sammon has a motion down for a Naas Municipal District meeting on November 19 seeking the reinstatement of the lights as has Cllr Anne Breen, who said this should be done until a permanent pedestrian controlled crossing is constructed.

Parents and residents staged a protest walk in the village last month calling for the temporary lights to be put back.

A pedestrian crossing is to be provided in Kill as part of the planned Naas to Kill cycle scheme.

KCC has indicated  that preliminary talks have taken place with the National Transport Authority about funding for the full design of the Naas to Kill cycle scheme, including the option to provide a signal controlled pedestrian crossing adjacent to the Dew Drop Inn,  before the cycle scheme is completed.