You better watch out Santa is coming to Naas on Saturday

A range of events will take place 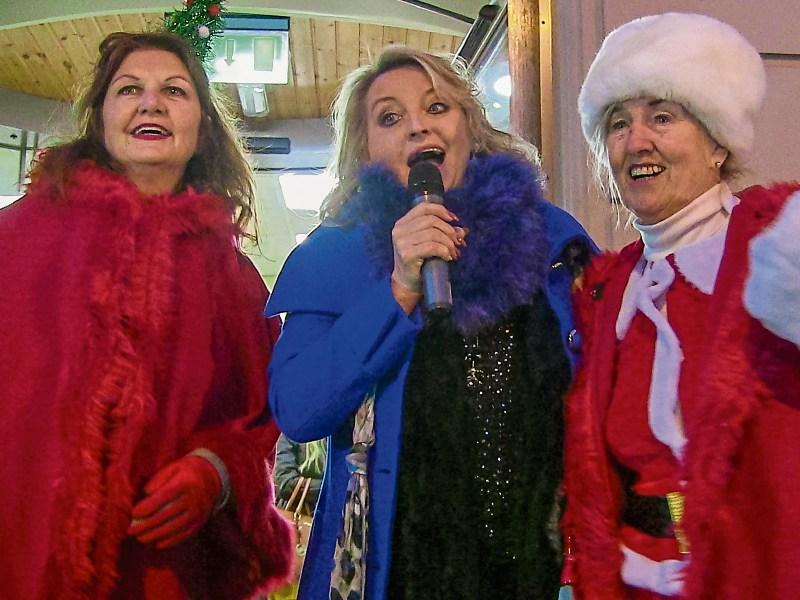 There will be a significant Garda presence in Naas this weekend.

The security operation involving sniffer dogs and police officers on horses has been unveiled in advance of the arrival of a very important visitor on Saturday.

Santa Claus is coming to town and there’ll be as many gardai around as if Donald Trump himself was about to pay a visit.

And as usual he will make his way (having first arrived from the North Pole) aboard a fire engine starting out from the fire station at Newbridge Road, earlier at 2pm.

Personnel, both human and canine, attached to the Garda Dog Unit will be in town (from 10am to noon) as one of the attractions for the official turning on of the christmas lights.

Also there will be for the turning on of the Christmas lights will be Garda Mounted Support Unit.

Two of County Kildare’s foremost singing talents will also perform at the lights ceremony, which takes place at Naas Town Hall at 5.30pm.

Renowned soprano Celine Byrne, who will stage her special Christmas show at the Bord Gais Theatre on December 5, will perform.

Also scheduled to sing is Eadestown tenor Patrick Hyland, who has performed at many prestigious venues.

It won’t be the only music lined up for nearby Poplar Square and the performers at either venue will include the Kildare County Council Choir and pantomime entertainment will be provided by Smash and Grab, the ensemble established by Conor Sweeney and Cathal Healy and which has performed many times at the Moat Theatre.

There will also be a Zumba dancing and a performance by members of the Brian Brady Youth Theatre.

Other attractions are planned such an exhibition of work by members of the Naas Men’s Shed.

“Santa will be as popular as ever and we also have a number of other events taking place and some of these have a musical theme, there will be something for everyone. It is an attractive programme of events and hopefully lots of people will turn up,” said Kim Kelleher, a long sanding Naas business woman as proprietor of the Jingle boutique at North Main Street and a member of the organising Naas Traders group.

Sixteen year old James Greene, Newbridge College Student from Prosperous, will display some of his wooden creations such as Christmas trees, decorations and more besides  - all of which are hand made from pieces of wood that have fallen from trees. James will have a stand at Poplar Square from 10am to 6pm.

On December 8, a special event will take place at 2pm which will appeal to anyone with an interest in autism or special needs. It runs until 5pm and booking is necessary by emailing santa@kildarecoco.ie

A live crib will be opened at the Church of Our Lady and St David at Sallins Road on December 14 and it run from 12pm to 7pm.

A Ceremony of Light is planned for December 21 after 6pm mass at the Sallins Road church. People are invited to walk from the Sallins Road, behind a music playing gpiper, to the Canal Harbour where they will release special candles, enclosed in plastic, in remembrance of a loved one or for any intention.

“This will be special and poignant event and is a lovely idea for anyone who wants to remember somebody, maybe a loved one who has passed away this year,” said Kim, adding that the candles will be safely collected from the water afterwards.

Conway Photography will host a pop up studio with Christmas props available on Saturday with a special family offer for €20. For information Email aishling.conway@gmail.com