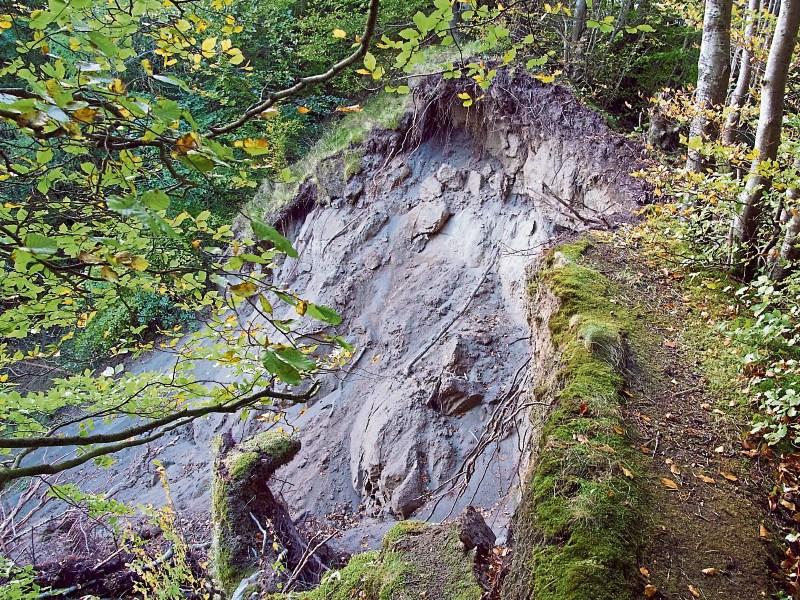 The scene at Coughlanstown, Ballymore Eustace

Work on the reinstatement of a road at Ballymore Eustace looks set to be completed within about four months.

Naas district engineer David Reel told a Naas Municipal District meeting last week that it’s expected all of the work will be completed by the end of the March 2020.

He was replying to a request for information about the progress of the work from Ballymore councillor Evie Sammon.

The road at Coughlanstown has been closed since September 2016.

Kildare County Council stopped traffic using the road after a section of the bank at the side of the route gave way.

The road itself was visually undamaged, but KCC closed it on safety grounds because  the subsidence was severe and took place at a steep, almost vertical slope. This meant that more damage than was immediately apparent could have been caused.

About 30 families were directly impacted by the closure and were forced to divert via the Mullaboden Road, which meant a round trip of about 9 miles for residednts when going to and from Ballymore.

And the delay in getting the work done prompted a demonstration outside Naas Town Hall less than a year after the closure.