Also found was a pair of runners worth €550 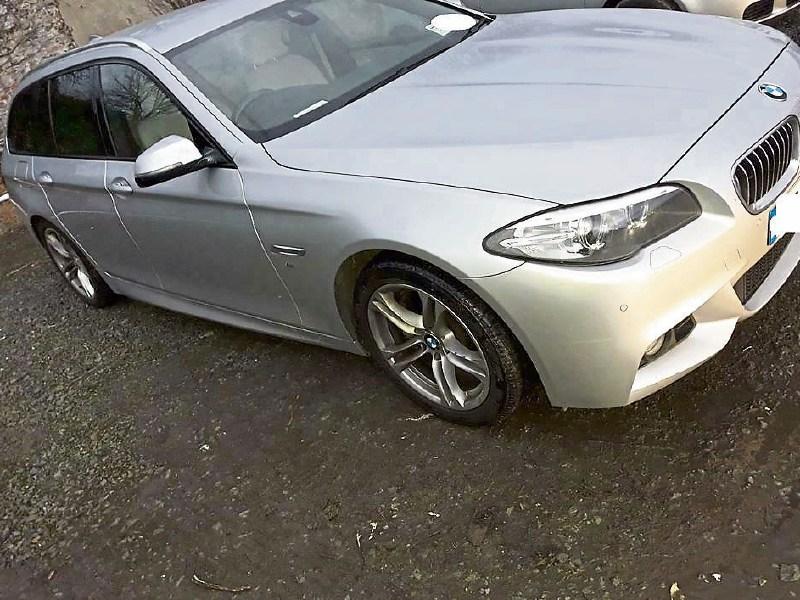 Expensive cars and watches along with a quantity of cash were seized by officers from the Criminal Assets Bureau (CAB) during searches this morning at addresses in County Kildare and Dublin.

As part of the operation, five searches were conducted  at three residential dwellings (one in Dublin 8 and two in Co Kildare), one business premises (jewellers) in Dublin 2 and one professional premises in Dublin 2.

In addition to the items seized, in excess of €30,000 held in financial accounts was restrained on foot of orders granted  under the Criminal Justice (Money Laundering and Terrorist Financing) Act 2010.

All searches were conducted under CAB warrants. No arrests have been made at this time.

The CAB investigation is focussed on an individual who is a member of an organised crime gang involved in the sale and supply of controlled drugs in the Dublin 8 and Dublin 12 areas.

CAB previously targeted the assets of this individual, and orders were granted under the Proceeds of Crime Act 1996 & 2016 in the High Court in 2019 over cash, monies held in financial accounts, a high value watch, a mobile home and three motor vehicles. That action resulted  from a CAB search operation conducted on December 8 2017.

The target had been referred to CAB by the special crime task force established by the Garda Commissioner. This followed from a Garda operation in September 2016 where cash and a luxury watch were seized.

Anyone with information about suspected unexplained wealth is asked to contact the Criminal Assets Bureau on 01 6663266 or info@cab.ie.