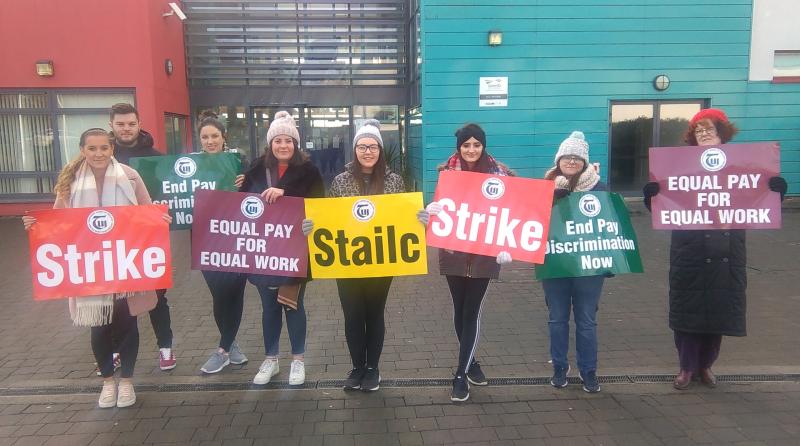 About a dozen second level schools across County Kildare are closed today as a result of industrial action taken by teachers seeking a pay rise.

The staff, all members of the Teacher’s Union of Ireland, say they are taking action against what they regard as pay discrimination.

Specifically, teachers  who qualified after 2011 are on a lower pay scale than their colleagues. They say this means that they will be paid up to €110,000 less than older qualified teachers, over the course of a career.

“Over ten years we are losing out by €50,000. We are doing the same work, at the same school, with the same students as all the other teachers,” said Holly O’Riordan, a home economics teacher at Piper’s Hill College in Naas.

She added: “We were told that negotiations would take place to resolve this but this hasn't happened

Another teacher, Gráinne Brennan, said morale has been affected by the pay disparity and added “teachers cannot be recruited  because people don’t see this as a worthwhile career at this rate of pay.”

PHC, with nearly 1,000 students, is the largest school in County Kildare affected by the 24 hour work stoppage, which ends at midnight tonight and which also hit night classes at the affected schools.

Some 23 schools operated by the Kildare and Wicklow Education and Training Board in both counties are directly affected by the strike.

The TUI says the pay campaign will continue, though what form the next phase of industrial action will take has not yet been decided.