Vincent P Martin's Dáil campaign is anything but green 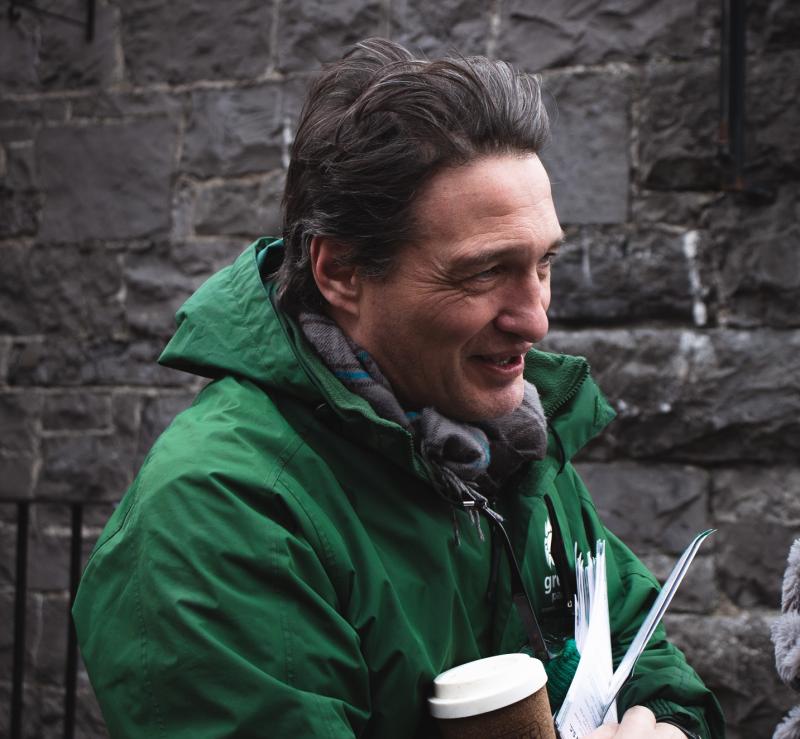 So here’s a little nugget for your next pub quiz: a tiebreaker to decide who exits with the his-and-hers bath towels and who gets the free weekend in Mullingar

What do Vincent P Martin and Charlie McCreevy have in common ?

Little enough, save for an uncanny ability to remember people.

The former Naas CBS student and Minister for Finance was a number cruncher par excellence. He coordinated the tallies, using a pencil, at many an election count in County Kildare and could be relied upon for extremely accurate outcome predictions.

And he could recall the names of just about everyone he ever met.

He’d been here last year for the first time and could recollect the people he met — maybe not by name, but he knew the houses, where they worked or where they went to school.

There’s no doubt that Martin is finding it easy going in this campaign.

The Greens have never been in power long enough to upset anyone much — and most people accept that climate change isn't a myth.

Even if Green isn’t your political shade, it’s hard not to be taken by Vincent P Martin’s enthusiasm.

The P in his name is a reference to his granduncle Vincent (Pepper) Martin, a US-based pro boxer who once figured on the front cover of Ring, the sport’s prestigious magazine.

That P was a prospective world champion who died prematurely of pneumonia in the 1920s.

Vincent keeps bees, he has written one legal education programme for prisoners, another aimed at second- level students and he has quoted Patrick’s Kavanagh’s verse at county council meetings. Like Kavanagh, he’s a son of Monaghan’s stony grey soil; though he lives in Mullacash, Naas, now.

He has also been a councillor on Monaghan County Council and on Carrickmacross Urban District Council.

By day he’s a barrister — or a senior counsel to be precise — representing clients in the High Court or the Supreme Court.

He heard no cross words last week. “It’s been very encouraging — there is a lot of goodwill and many people are aware that the Greens could be in an influential position after the election.

“But there are problems in Kildare North and Naas. Homes are being built but the infrastructure — like schools, roads and medical facilities — is not,” he said.

He added: “It’s a big ask but I’ve a chance of taking a seat and if I do I will use it to exert influence to ease some of these problems caused by an expanding population.”

If he succeeds it will be the Greens’ first ever Dáil seat in either Kildare constituency.

A year ago it would have been an absurd thought. But Vincent P’s barnstorming performance in the local elections — which saw him top the poll and take a first Green seat on Kildare County Council for two decades — means it's not now.