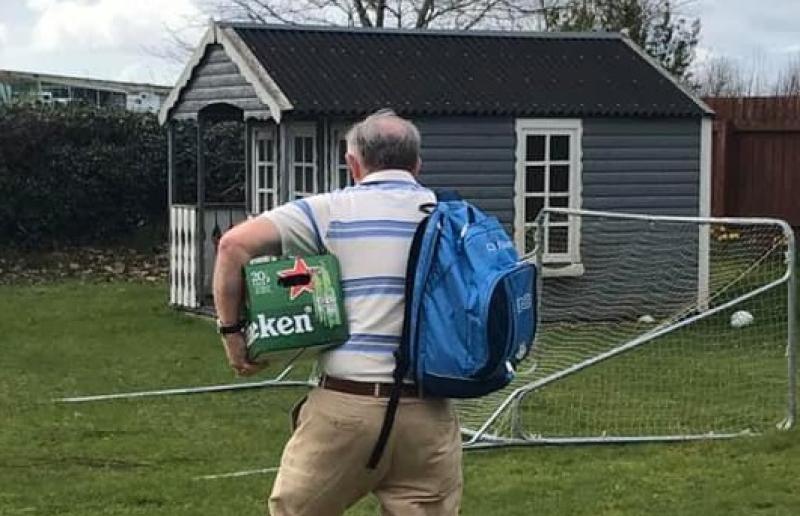 Well armed and heading for the shed

A certain well-know gentleman, Kildare resident but, I hasten to add, not a native Lily, was spotted last weekend seemingly in preparatory mode, for has arrived on our shores.

A retired, high ranking army man, who has been heavily involved with a certain All Ireland winning team for the past few seasons, as he likes to remind us from time to time.
The said gentleman was attached to a bag pack with a slab of Heineken (no auld porter for this lad) under his oxter .
I'm sure he had a small bottle of uisce beatha in the bag pack.
Top shelf stuff, no doubt.
Nothing but the best.
He looked to be heading for a shed at the bottom of the garden.
Might be taking this self isolation thing a bit far but as he regularly reminds those of us who hold court with him from time to time, “piss pot preparation leads to piss pot performance.”
Probably never truer today than it has ever been.
Best of luck Colonel!