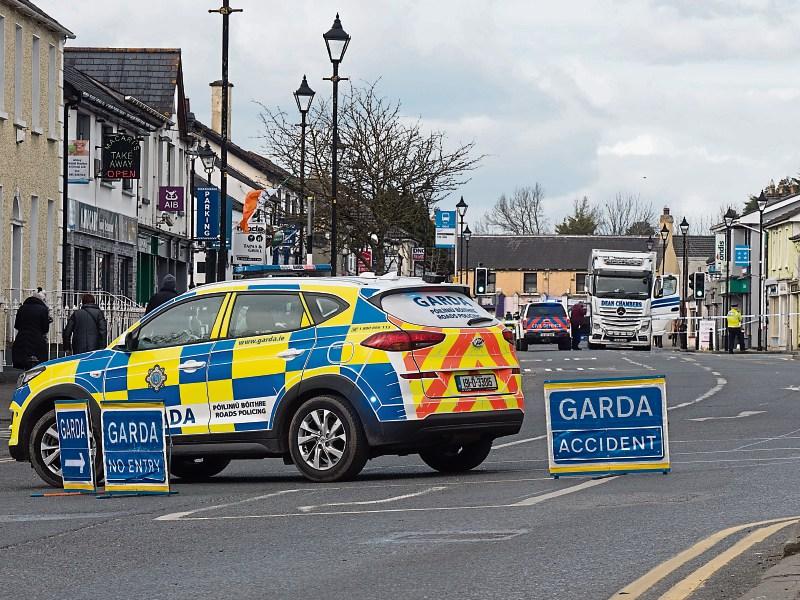 The scene in Clane today

A woman died following a road accident in Clane today.

It’s understood the incident took place as the woman was crossing the main thoroughfare through the town.

According to Gardai, the fatal road traffic collision involved a lorry and the pedestrian, who was in her 80s, at around 12.30pm on the town's Main Street.

The woman was taken to Naas General Hospital, where she was pronounced dead. A post-mortem is scheduled to take place at a later date. No further injuries were reported.

The road is closed pending the conclusion of a garda examination of the accident scene, and local diversions are in place.

Gardai are appealing for any witnesses to the accident to make contact. They are also appealing to any road users who may have camera or dash-cam footage, and who were travelling in the area at the time to make that footage available to them.