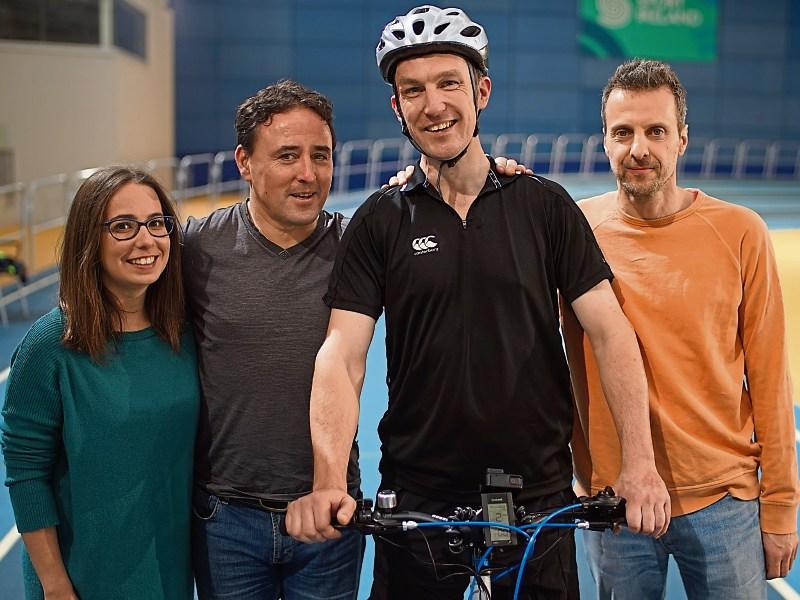 The series challenges a group of leading designers, engineers, computer programmers and technology experts to create inventions that will transform people’s lives.

Filmed over the course of a full year, the group uses cutting edge science and technology to build practical solutions for those who need their help.

Between them, they can build everything from space satellites to life-saving medical devices and military hardware. Made with the support of Science Foundation Ireland, this series marries real problems and human drama with science, proving that with a little bit of ingenuity - nothing is impossible.

Brendan, whose business is based at Kilcullen (next to Goulding’s hardware store), almost didn’t take part.

“I had a very busy schedule, and after being featured on RTE’s Nationwide many years ago, I knew how much work goes into a TV programme.”

But he met Roscommon man Kevin McGarry, a double amputee above the knee, in Swan’s coffee shop in Naas.

He added: “He had a drive and determination that persuaded me to get fully behind the project. I knew that I was the only one that could build what he really wanted, and he seemed to trust me to get it done.

“Afterwards the programme team told me that they knew I would get on board once meeting with Kevin.” Brendan’s business is a unique custom framebuilder. making frames from steel, aluminium and carbon.  He built a custom bicycle frame which enables Kevin to ride a bicycle. It was a unique design, specially tailored to resolve the particular challenges that Kevin faces. “It was an amazing experience and we really had no idea that it would all come together on the last day,” added Brendan.

He said the show is authentic. “There was no testing, no second takes. The programme is a condensed version of a year’s work.”