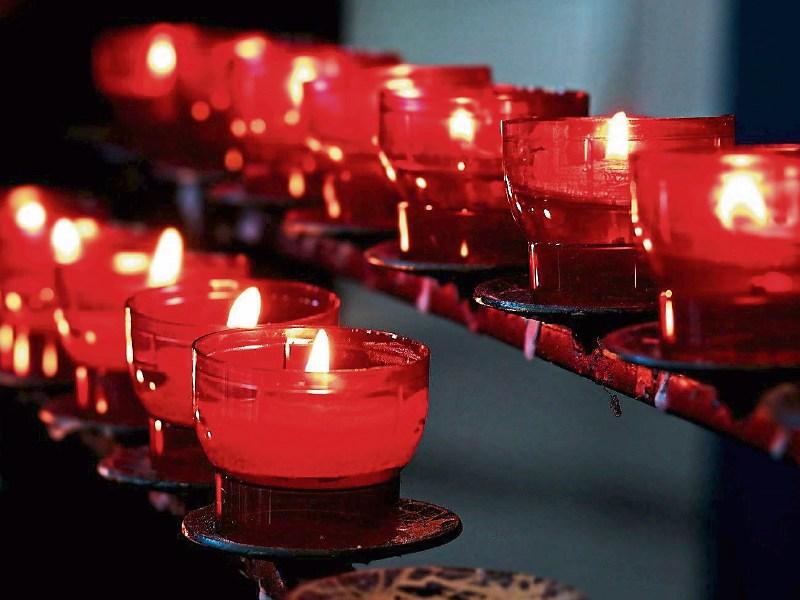 April 15. Formerly of Leixlip. Peacefully, in the loving care of the doctors, nurses and staff at St. Luke's Hospital, Kilkenny; sadly missed by her loving aunt Sarah, cousin Mary, extended family, and all her friends and staff at Kelvin Court, Carlow.

April 15. Peacefully in the loving care of the staff at Connolly Hospital, Blanchardstown. Michael, beloved husband of the late Doris, dear father of Ken, Sylvia, Brendan, Irene, Michelle and Siobhán and a devoted grandfather and great-grandfather. Sadly missed by his loving family, daughters-in-law Marian and Fabiola, sons-in-law Jost, Mick and Jarlath, relatives and friends.

April 16. In the loving care of Beechpark Nursing home, Kildare. Predeceased by her husband Sean and her son Thomas. Will be very sadly missed by her son James and daughter Bonnie, brother Leo, Daughters in law, Alma and Mary her grandchildren, Emma, Laura, Nicola, John, Ann-Marie, Sarah, her 3 great grandchildren, sisters in law, brother in law, nieces,nephews relatives and friends.